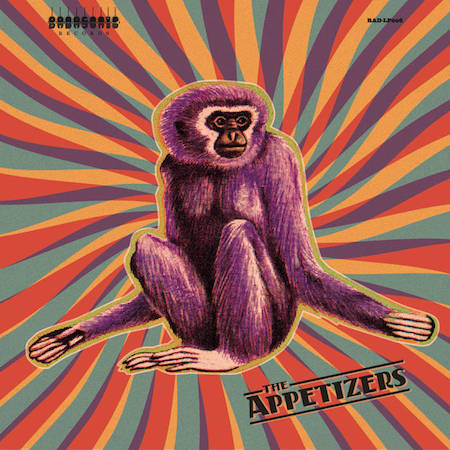 The Appetizers release their Music Video "Pressure" from their newly released album "Listen Up!" on Badasonic Records, available on vinyl 12" LP and on all digital platforms via Broken Silence and Fat Beats.

The Appetizers naturally came along from a collective of fine reggae musicians and avid collectors based around Milan, Italy. Born from the ashes of previous projects, the core of the band already had a solid musical connection, the desire to play authentic Jamaican music and a handful of ideas which would then evolve to become their first recording effort "Listen Up!".
Entirely self-produced and recorded through the hard times of 2020 and finally published on wax by Badasonic Records, the LP features ten original tunes ranging from sweet Rocksteady ("Pick Up The Pieces", "Wondering", "Fancy Make Up"), to Funk/New Orleans inspired jams ("Dem Talk", "The Message", "Ol' Louis") and Early-Reggae scorchers ("Walk The Long Way", "Pressure", "Tears"). As a bonus, dub master Victor Rice kindly offered to put his own spin on the instrumental mix "Dub Fruit".
Channeling the vibes from their Studio One, Treasure Isle and classic Funk influences, the Appetizers flow through organ cuts with toasting on top, hypnotic guitar and clavinet grooves, and come back to the roots of Reggae riddims in a creative and stylistic mix of sounds and lyrics while delivering organic messages on themes such as heartbreaks, socially accepted rules and contradictions and perspectives on life and music.