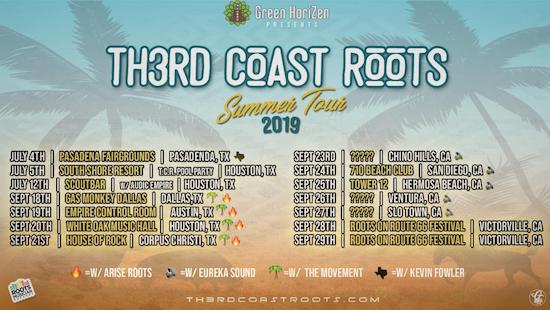 Th3rd Coast Roots have been making the most of 2019 so far. They have released two new singles this year, "Lovers Rock" and "Jah Music" featuring Nick Sefakis of Iya Terra. The band also jumped on a number of dates with Tunnel Vision earlier this year and have been recently announced to open up for The Movement and Arise Roots on their Texas dates. Word is certainly traveling about the band because they will be heading out to the West Coast for a stretch of dates in California including the Roots On Route 66 Festival. Check out the bands two newest singles below and see below or above for a list of the tour dates.