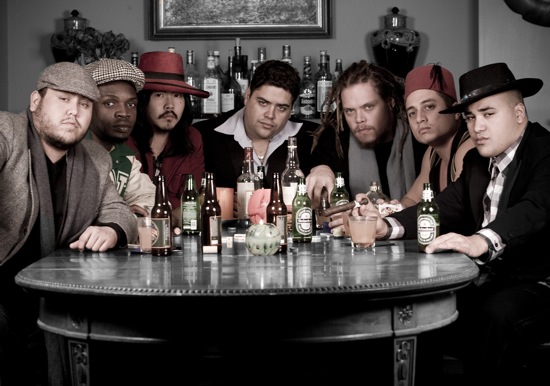 The Green What's In Your Playlist?

The Green's Zion, Caleb, Ikaika, and JP gave us the low down on who is in their current playlist. Today we start off with Zion Thompson and Ikaika Antone. Next we will have JP Kennedy and Caleb Keolanui.

Zion Thompson What's In Your Playlist?

Queen Ifrica “Fyah Muma”
This album easily became one of my all time favorites when it was released in 2007. Her versatility as a reggae singer is crazy! She's powerful and soulful yet still sweet and catchy. This album has 21 amazing songs on it that showcase her abilities. She's still putting out sick music today and it's good to see someone representing so hard for the empresses.

The Movement “Set Sail”
We met these crazy guys when we went on tour with Hawaii boys Iration. Most of The Green had never heard them live before, but after the first week on the road with them, their CD didn’t leave our van. Awesome live hip hop reggae rock music! They kill it! And they’re really good guys and fun to cruise with. I listen to Set Sail, Green Girl, Mexico and Habit pretty much every day.

Alicia Keys “The Element Of Freedom”
What can you say? It's frickin Alicia Keys! The production is just so sick sounding and she's so talented... you can't go wrong. This was another album that The Green pounded on a tour. We were touring with successful Hawaii songstress Anuhea in March 2010. That tour ended in New York City which made “The Element Of Freedom” the perfect soundtrack. I love this album. 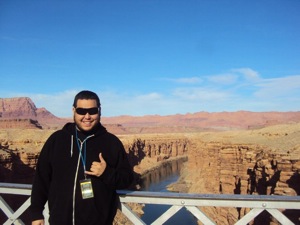 Ikaika Antone What's In Your Playlist?

Bruno MarsThe first time I heard the Bruno we all know today was on B.O.B's #1 single Nothin' On You. When I found out Bruno had wrote the hook and produced the track, I was digging for more. I came across the Bruno Mars EP "It's Better If You Don't Understand" which features artists like B.O.B and Cee Lo Green. This EP was what got me hooked. It's four unbelievable tracks, well produced and the lyrics are amazing. Since its release in October 2010 it has not left my playlist. And thank GOD for the full length album “Doo-Wops & Hooligans”. What else is cool is that he came out to one of our shows in Hawaii this past December and I got to meet him.

Easy Star All-Stars “Easy Star’s Lonely Hearts Dub Band”
Easy Star All-Stars Volume 1 was the first Easy Star album I ever heard, and it’s probably my favorite still. But an Easy Star reggaefied remake of one of the world's best selling albums, Sgt. Pepper's Lonely Hearts Club Band by The Beatles has been on my playlist since I bought it in the summer of 2010. Michael Goldwasser is a killer producer and I pray to my lucky stars he dubs out some Green jams one day. I got to meet Michael G after a show this past November in New York City. That's a good start right?

Michael Jackson
Of course... everyone’s got to have MJ on the playlist, he's the King of Pop.  I listen to MJ everyday. The tunes I have in heavy rotation right now are The Girl Is Mine feat. Paul McCartney and Dirty Diana, two different styles of songs, but very inspirational for song writing and choreography.  I got to see him perform in person at Aloha Stadium when I was 12.  Let me tell you, it was a life changer for sure!