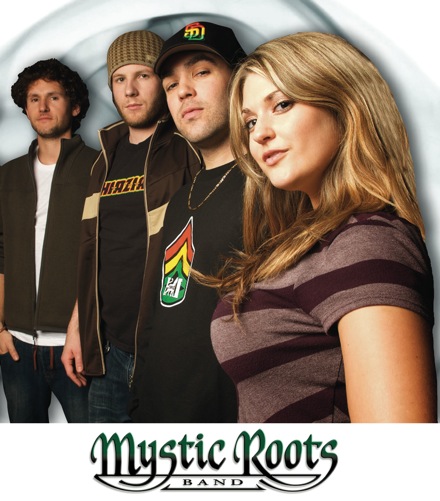 Mystic Roots What's In Your Playlist?

Cootdog and Katherine of The Mystic Roots Band recently shed some light on what the two of them listen to when not making their own jams. They both have great taste cause there are a few albums they chose that would easily make my top 5 playlist right now. 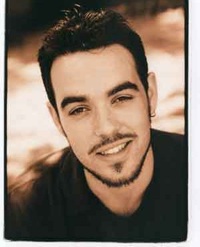 Cootdog What's In Your Playlist?

Katchafire – On The Road Again
This is the newest Kfire record and oddly still hasn’t been “released” in the US, even though it’s been out in NZD since October when we released Cali-HI... I am blessed to have received a copy by my good friend Logan, who sings and plays guitar in this amazing band. This record has 12 songs and 5 lead singers! I love hearing the different vocal timbres and styles from each member. 2 songs that are sung by Jordan, the drummer, are very modern, pop/R&B reggae with a instant radio feel that the ladies will die for. 2 songs that are sung by Hani, the keyboard player, give a much deeper mellow vibe; one of which is very spiritual and the other is actually just a fun herb song. 2 songs sung by Leon, the percussionist, fit right in with his smooth style of both a falsetto ballad (ala Smokey Robinson) and a dance track. 3 songs sung by Jamie, the sax player, are basically just nuts. Genius arrangements and song writing, some of which reminds me of if Dave Matthews Band was to make reggae... And then 3 songs sung by band leader/guitar player, Logan, which stand out as the definitive Katchafire sound. Logan’s 1st jam, the title track, is a fat tour anthem that reminds me of something we would rock. His other two are one part “love song that could be about weed” (Irei), that sort of picks up where Who You With left off... And then Lead Us, which is incredibly inspirational and upbeat. I could probably talk forever about this record, but I need to save room for the others. But this collection of tunes is MAD. I love every song and each day I pick a different favorite. It’s the classic Kfire sound, but not a rehash of an old formula. Instead it’s cutting edge lovers rock reggae for 2010. Massive big ups to my Maori bredren.

Top Shelf – The Sound (unreleased)
I am in the studio currently helping lend a hand producing my good friends from Nor Cal, TOP SHELF’s, new album. So these songs are heavy in my playlist even though they are not done yet. Don’t want to say too much until the album is released, but I’ve been bumping it everyday for inspiration and ideas. These guys definitely aren’t trying to be cookie cutter and follow the formula of so many other Cali Bands these days... Their sound is totally original reggae-rock. And emphasize the rock. Not since Sublime have I heard a band that really does put the ROCK in it. Save for maybe Expendies or B Foundation.  But Top Shelf’s new album should take them to their well deserved next level.

Kanye West – My Beautiful Dark Twisted Fantasy
I hope I got the title of that right, but the new Ye album is pure dope. Stoked he’s returned to rapping again, because I actually really liked 808s and Heartbreaks, but he didn’t really rap on it at all. Now he’s back to spitting very sick rhymes while also producing some heater beats. “do the rap and the track, triple double no assist”. The opening song is built on this fat piano riff with massive layered harmony vocals that always give me the chills. That song gets me AMPED. And later on the record, songs like MONSTER with Rick Ross, Jay Z and Nikki Minaj stand out to me as back to basics real good hip hop music. “Choke a South Park writer with a Fish Stick”. The song with John Legend is dope too. He does some tricks with pitch bend (not auto tune, thank god) that I really like, and ends with this unnecessarily long Chris Rock outro that CRACKED me up. Good job Yezzy.

The Green"This isn’t a new record, but I still love it. Just like Katchafire, the way these 4 brothers trade off lead vocals all through the album is perfect. In this day and age of iTunes playlists vs. full albums, I appreciate when bands flip it up one song to the next so you don’t get used to (or tired of) the same singer... The production on this is A grade and they deserved the best album of the year award they received from itunes. I’m proud to have worked with Zion for a solid year touring. His song “What will be will be” was always a favorite and to finally hear it produced on a record is like fruition of something magic. Also JPs duet “How Does it Feel” with Kimme gives me chills. Love the stripped down vocals, percussion and guitar. Calebs song “Wake Up” was the only thing I listened to at all when I was in the Bahamas last year. I must have rewound it 30 times to learn all the lyrics. And Ikaika’s song “Runaway Train” sounds like a Midnite song mated with a hot Hawaiian girl and gave birth to a bowl of sticky sweet rice :) I still love the Green!

Pink Floyd – Dark Side Of The Moon
Do I have to say why? I’ve been getting massage therapy while off tour and every week get to hear this record from front to back. The difference between hearing it like this now and 15 years ago? I’m not on psychedelics, but I’m still naked. This is one of the best pieces of art of all time period.

Soon we’ll be finishing Camp Fire (campfiyah) and I probably will only be listening to the rough mixes of that and that alone for 6 weeks... So I’m stocking up now on my influences above! 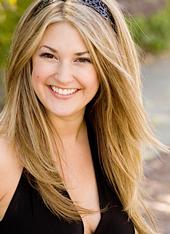 Katherine Rameriez What's In Your Playlist?

Top Shelf's new soon to be released 2nd album "The Sound"
This album is a blend of rock, reggae, pop & dub. Mixed at Lion Fox studios is the icing on the cake! All the songs are different but remain cohesive as an album. I find myself singing along with catchy lyrics & choruses & the groove makes me get up & dance. Loving this band! For fans of The Green, check out "Waiting" featuring Zion Thompson.