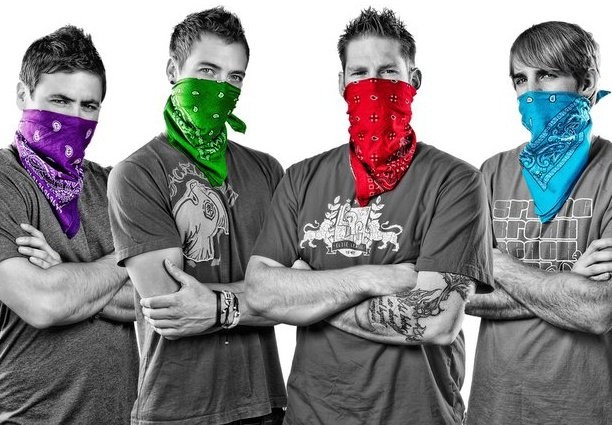 Katchafire - On The Road Again
One of the best reggae albums out right now(well not sure if its out yet, I think it is.). Im loving the R&B/Oldies feel they bring to their reggae. Its so genuine that as each song nears its end you can really tell that they meant it. Tons of talent in each player and for me, as a singer, Im totally in love with the vocal harmonies and I insistently singing along to the entire album. I recently saw them perform live in San Francisco to a sold out crowd and it was such a great spiritual experience. The brotherhood of the group was just resonating from the stage and filling the people with such good vibes as everyone sang along. A great positive break from life when this one spins!

Stevie Wonder - The Definitive Collection
Nothing much to say about this album. It is the best from the best. Stevie Wonder is a musical genius. I love the way that he sings each song so effortlessly, you can really tell just by listening to him that he is in love with music.  I think my favorite Stevie jam is still Master Blaster just cause Im partial to the reggae and I heard once that its his tribute to Bob Marley. Living For The City is also unbeatable! I've been enjoying spinning the vinyl and listening with my eyes closed to really hear it like he heard it, so amazing that he was blind, I can only imagine.

NOFX - They've Actually Gotten Worse Live!
NOFX remind me of what life was like when I first started playing music, careless and drunk! This live album is like a comedy show and a concert in one. It was recorded over 3 back to back sold out nights in SF and I would have gave anything to be there! I absolutely love the part in the album where they do 8 songs in six minutes! Fat Mike is very charismatic and clever with his lyrics and the punk that follows is so tight and fitting. They do a reggae version of We March To The Beat Of An Indifferent Drum from their Wolves in Wolves Clothing album and it's one of the highlights of the album. One of the best live albums in my collection and has been in rotation honestly for over a year, can't seem to take it out of the cd player. Yes I said CD player.

Matisyahu - Live at Stubbs II
For me Matisyahu is one of a kind and I can't sing his praises enough so Ill try to keep it short. This album has everything I need. Backed this time by Dub Trio it makes for an fresh, new, yet fitting and familiar sound to Matisyahu's spiritual tunes. They mix rock, and reggae with modern dub to make each song sound like its own journey. Tracks 3, 5, and 9 are most amazing especially on the DVD. The best thing about Matisyahu are his lyrics and delivery, truly one of the truest. This album was on steady play while I was just recording my new album so Im sure it leaked through somewhere. This to me is the future of reggae/rock and I couldn't be happier with the leader of it.

AFI - Decemberunderground
AFI is one of my favorite bands and I've recently been getting back into this album. These guys are from the same small town as I and so it makes their music so much more personal to me. This album is so great cause as a whole it really flows and although its so much different from their old stuff they seem to reinvent themselves with each album which is one of the qualities I like best about them. The band stuck to their age old formula of opening the album with an anthem which sets the perfect tone to the dramatic and dynamic of the next 11 songs. I find myself identifying and trying to emulate lead singer Daves screams on the angst ridden songs and singing along to each one of his though twisting lyrics. He has such a beauty to everything he writes and its so very attractive and interesting. The album ends with quite possibly the best album ender in this genre, Endlessly, She Said leaving the album with a . . . and leaving you wanting much more.

* A note to all... what ever band your into, go see them and support live music. Its one of the only ways for artists to survive these days and it keeps what all love alive!