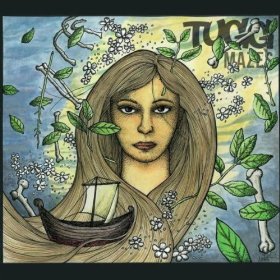 With their newest full-length release, Mazes, achieving #5 on the iTunes Reggae Chart and #1 on the Amazon Ska Chart, T.U.G.G. is proving the strength of the Midwest reggae and ska scene. The band, hailing from La Crosse, Wisconsin, initially formed their reggae-rock sound in 2003, largely influenced by the band Sublime. T.U.G.G. is comprised of Andrew Hughes on lead vocals, drummer Ben Rohde, keyboard player Joe Gantzer, and the powerful bass line that grooves through the entirety of the Mazes album is supplied by Jake McLees.

The band’s full discography includes Slow Chill (2009), Come Sunrise (2010), Home Brew EP (2011) and Basement Sessions EP (2012) – all of which debuted in the Top 50 of the iTunes Reggae Chart. T.U.G.G. has historically toured as a support act for The Wailers and The Dirty Heads as well as a featured opener for bands, including: Slightly Stoopid, SOJA, Pepper, The Aggrolites, Tribal Seeds, Karl Denson, Iration, The Movement, Rusted Root, Pacific Dub, amongst many others.

The newest release on Last Call Records, Mazes, was produced by Ted Bowne – lead vocalist and guitarist for the Savannah, Georgia-based band PASSAFIRE. Mazes is a beautifully constructed album featuring themes of navigating troubled times, appreciating the beauty of a woman whose got moves she knows how to use, finding forgiveness, and, through redemption, discovering a way to live on. The 14-song album richly intertwines strong rhythms of roots reggae, ska, rock, hip-hop, and in the track Crabshack, even some Midwest blues undertones. Do yourselves and Midwest music a favor & click here to download Mazes today: https://itun.es/us/3javM