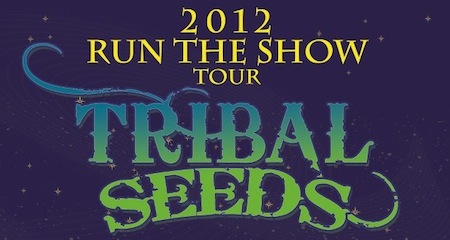 Axis Unity got the ball rolling strong with a three-piece horn section to add more depth to the tight rhythms they bring. Axis Unity really proved that the reggae scene is alive and kicking in Austin with a great opening performance. After a short break, Fortunate Youth took to the stage and opened with “Reggae Radio”. Thanks to Axis Unity, the crowd was pumped up and ready and as soon as Fortunate Youth hit that first upstroke. The crowd was moving and grooving. They then went on to play a cover of “Legalize It” which was a real crowd pleaser. After only their first two songs it felt as though Fortunate Youth could do no wrong up on stage. The deep bass, bubbly keys, full percussion, and strong vocals all worked pleasantly together to keep the room moving. Fortunate Youth continued their strong set with “Salvation” and “Burn One” and then ended on the groove of “Sweet Love”. This was my first time seeing Fortunate Youth live and I was more than impressed with the sound this band has going and can’t wait for all their hard work and commitment they have put into their craft to pay off big.

Tribal Seeds was up next to finish the night following two performances that had already given the audience more than what they paid for. They opened with their newest effort “Run the Show” which brought everyone’s attention right back to the stage. The room was once again in a constant groove, this time with the rhythms of Tribal Seeds. They would continue the serious attitude by following “Run the Show” with “Warning”. From there Tribal Seeds went to fan-favorite love songs “Island Girl” and “Beautiful Mysterious” into a cover of Bob Marley’s “No Woman No Cry”. After this nice streak of love songs, Tribal Seeds played “Garden” to fill the room with smoke once more.  Tribal Seeds then played a new song for the audience. The song, “Did Wrong”, was very catchy and groovy and gives us a lot more to look forward to from these guys. Other highlights from the night were “In Your Eyes”, “All I Know”, and “Dark Angel”.

Tribal Seeds closed the night out by playing “Love Psalm” followed by “Could You Be Loved?”, another Bob Marley cover. I was only slightly disappointed that the crowd didn’t chant “Reggae! Reggae! Rockers! Rockers!” following the “Say Something” calls from the band, but the night couldn’t have ended any better. Tribal Seeds brought a reggae powerhouse of a show with them to Stubb’s that I am glad I didn’t miss.