"Everything You Want" Review by Jason Gallagher 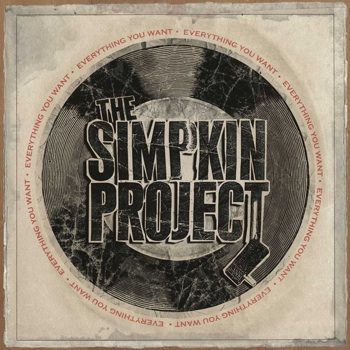 The Simpkin Project, a seven-man band from Huntington, CA, just recently released their third album titled ‘Everything You Want.’  Blending roots reggae with a rich array of other genres creates a unique sound that can be found nowhere else.  Completing their first album in 2007, The Simpkin Project is relatively new to the music industry.  Due to their fresh style, each song offers something different than that before it.  While some may be instrumentally dense, sometimes lacking lyrics at all, others focus more on the message and the lyrical content.  It is such a creative style of music that keeps the listener attentive and waiting to hear what happens next.

Beginning the album with “Showtime (feat. Jah Horns),” they chose to start with a wordless track.  Although it is not the norm on a lot of reggae albums, they made up for the lack of lyrics with a wide range of instruments.  The electric guitar was a crucial element to the song, accented by horns as the music progressed.  With both guitar and saxophone solos, “Showtime” made for a fresh introduction that had me wondering what the rest of the album had in store.  They transitioned well into “Everything You Want,” with a meandering rhythm and smooth lyricism, which I found to be a soothing component of the album.  “Good Times,” one of my favorite tracks on the new release, was slightly more upbeat and faster paced than the rest.  It was catchy with a feel-good rhythm that fit perfect with a lazy summer afternoon.  In listening to the album in its entirety, however, I noticed that most of the songs were five or six minutes long, with one or two of them hitting the seven-minute mark.  As much as I like what The Simpkin Project did with the “Everything You Want” album, I think that some of the songs could have been a bit shorter.  Aside from such a minute change, it was a solid album from the beginning to the end.

With little previous knowledge of The Simpkin Project, I had an open mind when I began listening.  Impressed with what I heard, I would definitely recommend their new album “Everything You Want” to anyone looking for a change from the norm.  With no one style, The Simpkin Project provides a unique listening experience to those willing to give them a chance.