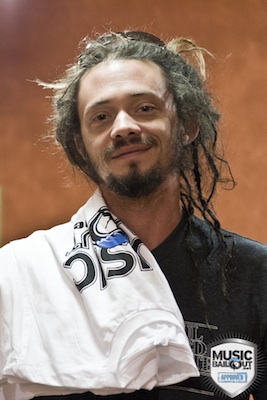 Yes. It has finally happened. After roughly two years of waiting SOJA is back with a brand new full length album, appropriately titled Strength to Survive.  Strength to survive holds the same intelligent sound we’ve come to expect from SOJA but this time with a different message; in essence, a beautiful warning.

From the very first track Mentality, SOJA front man Jacob Hemphill tells of how our actions and current behavior are devastating to the future of our planet and the well-being of the entire human race. In order to see a change, we all need to be aware of what we’re doing to the planet. This track kicks off the album perfectly. Triumphant horns and a steady bass line immediately grabs any listener’s attention and readies them for the most solid reggae album of 2012 thus far.

If you’ve been lucky enough to catch SOJA play within the past year or so, chances are you’ve heard them play “Everything Changes” the first single and easily the catchiest song on the album. Although I’ve listened to this song roughly 200 times since I first heard it last year, the message never gets old; A dream of a borderless world, with our own separate countries and cultures. With a clear understanding to work together as a people to obtain a few main things, instead of stabbing each other in the back to obtain them separately.

Don’t Worry switches gears to that relaxed reggae vibe. A definite ambient feel is prominent throughout the track. At first listen you may be caught off guard by the vast differences heard in this song as opposed to previous works, but as power in the song builds and becomes almost impossible to resist, you’ll find yourself singing along long after the albums stops spinning.

Its Not Too Late jumps right back on that upbeat reggae rhythm and easily shows that SOJA is capable of switching gears and delivering a super catchy crowd pleaser. SOJA has collaborated with ATO records (Dave Matthews’ label) and super producer John Alagia (John Mayer, Rachel Yamagata) for this record and this song effortlessly displays the albums solid production at work.

Let you go is a classic SOJA love song.  Blazing horns accenting already faultless lyrics, this song is sure to please any avid fans of early works and has a blatant Born in Babylon feel to it. I wouldn’t be at all surprised to hear it was a B-side from that earlier album.

Slow Down is an amazingly solid track and easily one of my favorite songs on the Album.  It tells of how one should always live in the moment and never take life for granted because the only time you’re guaranteed to have is now. The use of percussion in this song is Excellent and Jacob Hemphill’s lyrics flow flawlessly with the melody. Definitely give this track a second listen.

Ultimately, Strength to Survive wasn’t what I was expecting as the next SOJA release. The songs are slower and more articulate than many of their previous releases and the lack of Bobby Lee’s vocal charm is more than disappointing. But as I’ve listened to the album nearly 5 times now, it has absolutely grown on me. Hemphill’s songwriting has completely evolved into a new machine and although the sound is slightly different, the message remains the same. Initially a little dissatisfied I am now pleasantly hooked. Strength to Survive is officially my favorite album of 2012.