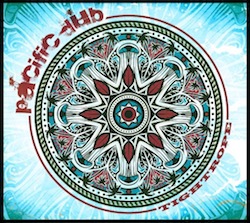 The production value of Tightrope is a huge leap from previous projects, and every instrument benefits. David Delaney's drum recordings have never sounded better, helping drive each track from start to finish. Lyrically and vocally, Colton Place has improved tremendously and is a great asset to Pacific Dub's overall sound.

The heavy guitar riffs of intro track “Close To You” set the tone for the rest of the album. The tracklist switches between reggae and rock songs effortlessly, with songs like “Little Things” and “Like You” adding an alternative rock vibe to the mix. The uptempo “You & Me” and party track “Wasted” are sure to be favorites among Pacific Dub fans everywhere. Tightrope also features old favorites, with “Best Of All Time” and “Dreaming” being added to the album for new (and hardcore) Pacific Dub fans to enjoy.

Pacific Dub is currently headlining their first tour around the nation with Arizona band Katastro. Look out for this young band to make some serious moves in the near future.

Notable songs: Close To You, You & Me, Hold On, Find A Way