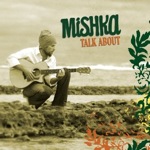 "Talk About" by Michael Cotton 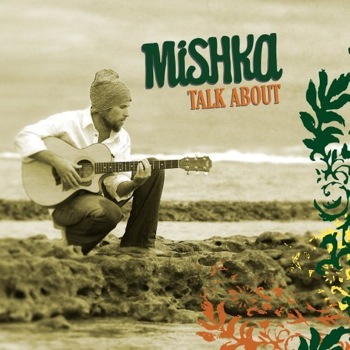 Mishka, a child of the Caribbean, is flavour of the month with Hollywood’s resident frat-boy Matthew McConaughey. However don’t let that put you off, because Mishka delivers an album of reggae-pop which will be the soundtrack of many a summer.

After first coming to the attention of Creation Records boss Alan McGee (also signed Oasis), Mishka disappeared for a few years. But with Talk About his third release in just under a year, Mishka is certainly making up for lost time now.

The first track ‘Give them Love’ sets the tone for the opening half of the album, a happy upbeat track. While the second half returns to the slower tempo we have come to expect from Mishka. Willie Nelson guests on ‘Homegrown’ an ode to the virtues of growing your stash and while Mishka performs admirably Willie fluffs his lines with a very abject show and you do wish Mishka performed the song entirely on his own- but hey what’s a song about weed without Willie Nelson?

Title track ‘Talk About’ highlights the imbalance of words versus action. As the man explains himself: “People make statements about love, equality, and peace and then try to measure their quantity in instant gratification. Whereas those things are really about a long-term way of life where all your actions not words add up.”

‘Stars will be Shining’, a song about finding your place in the world, aptly sums up Mishka’s rise in the estimation of reggae lovers around the globe.

‘Talk About’, like many of Mishka’s albums, is an album made for the summer months, an album to be played at a bbq, on the beach, relaxing by the pool, to be enjoyed with friends, an album of upbeat, heartfelt and sincere songs.

Check out Musicbailout’s interview with the man himself here.