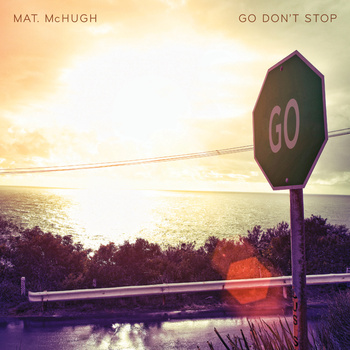 Matt McHugh is the creative force behind Aussie band The Beautiful Girls and Go Don’t Stop EP is his latest release.

Matt has certainly come a long way since the first Beautiful Girls EP, Morning Sun – eight releases later and Matt’s star has risen to put him on a par with Australia’s other great musical export (nope not Kylie) but John Butler.

While Matt’s musicianship isn’t quite up there with John Butlers’ - let’s be honest, whose is? Matt’s music seems much more complete, the songs more defined and recognisable.

It could be argued that The Beautiful Girls were a Matt McHugh project in every sense but name, but Go Don’t Stop is Matt’s second offering as a true solo artist.

The resulting record is described by Matt as devolution, a raw roots EP. After a decade of getting bigger, louder and more colourful, Matt’s focus shifted to a simpler, honest and more intimate sound.

Matt says he wants to “contribute to the musical landscape in 2011 by making something more about feelings and then it is about musical cleverness.”

And that is what he achieves on this short four-track EP. Title track Go Don’t Stop is a simple tune, where Matt’s soft yet distinctive vocals come to the fore.

Citing Johnny Cash and Nick Drake as favourites, Matt says what likes about their sound is the fact their music could have been made in 2011 or 1960, meaning their music is timeless. The compliment he pays Cash and Drake can be returned to Go Don’t Stop, a s it follows a similar path, it is timeless.

Matt’s passions are clear, family, friends, surfing and music – he manages to incorporate all these themes into his songs.

Go Don’t Stop is surely just the start of a new beginning for Matt McHugh.