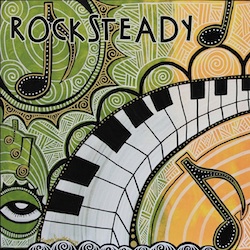 The album is a sweet blend of Gonzo’s signature vocals and rootsy dub tracks, featuring guest appearances both on vocals and production from Rick Haze, E.N Young and Roots in Peace, a studio company consisting of two members of Gonzo’s new band, Beyond I Sight. The tracks instantly put the listener in a world of deep bass sounds and reverb-plated rim shots overlaid with rising horn and vocal harmonies. While mostly adhering to his reggae roots, Gonzo also puts a latin vibe on two of the album’s tracks, “Smooth Operator” and “Seriously,” the latter being one of my favorite tracks off the album. The bass lines keep the songs melodic and meditative at the same time, while Gonzo takes you on a lyrical journey. There’s no ska or really any up-tempo tunes however, there is certainly no lack of energy on the record.

Gonzo has been compared to the “Sade of Reggae”, his grooves are smooth and his vocals spot on. With this being only his first solo album, with tours and subsequent projects on the horizon, definitely expect some big things from this SoCal artist in the near future.