"One" Review By Guerin Williams 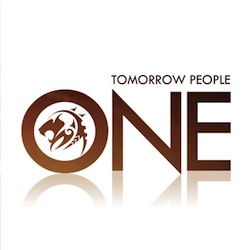 Tomorrow People may be the next “rising stars” you've never heard of. Taking their name from a Ziggy Marley song, Tomorrow People have built their fan base via Facebook and YouTube. Marketing online has allowed the band to preview songs for their fans, with over 300,000 views of their single, “Feel Alright.

With decades of experience in the music industry, the members of New Zealand's eight-piece band have created what they call, ‘Sunshine Reggae'. Combined with their roots in NZ music, Tomorrow People have a distinctive mid-tempo sound that blends reggae, hip-hop, R&B, gospel, funk and soul.

From the very beginning of One, the crisp horn sections and smooth keys instantly bring the island atmosphere to life. With heavy musical influences from Jamaican and Hawaiian artists, Tomorrow People have built a sound around strong vocals, catchy hooks, and mellow rhythms.

Listening to songs like “Let Me Be” and “Take It Away” remind me of why I fell in love with reggae music. The love songs and uplifting messages on One are truly what makes Tomorrow People amazing. A perfect example would be the powerful lyrics on the song, “Feel Alright.”

Tell it to your father who lost all his things, tell him what the future holds and brings/
His broken heart he needs to mend, and this good news he really depends on/
Tell it to your mother who cries herself to sleep.../
Tell her she don’t need to weep no more. This will make her stronger than she was before/
It’s worth fighting for, so everybody feel alright/

Tomorrow People have managed to put together a near-perfect debut album. As of now, One is only available in New Zealand and Australia, but will soon be released worldwide for everyone to enjoy.

Notable Songs: Feel Alright, Let Me Be, Take It Away, Irie Music