Get To Know "Trichome"

Trichome takes rhythms from world and reggae music and blends them with aspects of rock, funk, and dance to create a unique sound with a smooth melodic flow. Couple that sound with tailoring unique set-lists and song transitions with each outstanding live show, the energy this band exudes is a force to be reckoned with.

Since their inception in 2005, Trichome has branched out to make a heavy dent on the already phenomenal Colorado music scene. With unique lyrics from lead singer Evan Daldegan, the driving bass lines of Dave Frediani, the piercing guitar lines from Matt Newhard, the powerful presence of Mike Windham on tenor sax and keyboards, and hefty bari sax growl from Leah Concaldi, it makes for an explosive front line. Add in the passion of Matt Schooley on percussion and Jeff Dejohn on the drums and there is a full sound that is nothing less than transcendental.

Trichome has already gained the attention and acclaim of many by supporting major acts such as Groundation, The Original Wailers, Giant Panda Guerilla Dub Squad, Culture, Midnite, and Eek-a-Mouse. The band has also played with many of Colorado’s finest independent bands such as Juno What!?, Euforquestra, Dubskin, YAMN, Mountain Standard Time, and Good Gravy.

Trichome’s first full-length album “Where Creation Now Grows” (recorded at Colorado Sound Studios with producer Jesse O’Brien) showcases the band’s carefully crafted blend of instrumental textures and vocal harmonies. With its release, the band looks to dig deeper into their musical exploration and continue to bring fans in with the positive force of their fresh and funky musical grooves. Trichome is certainly the band to look out for in the Colorado and national music scene. 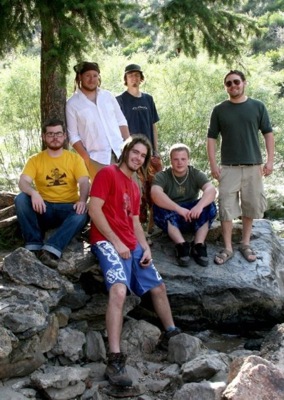