Get To Know "Tahuna Breaks" 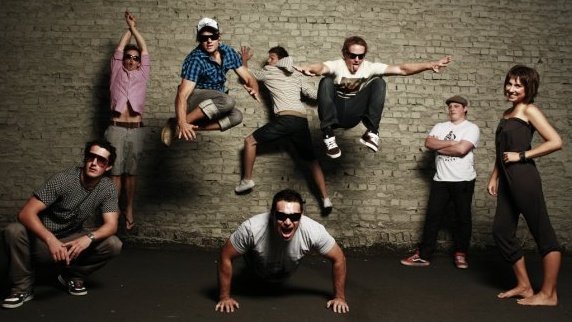 Since their beginnings in January 2005, Tahuna Breaks have always been a band built upon a simple philosophy- the love of music. With an open mind and an adventurous spirit, unafraid to mix genres and musical stylings- their ‘anything goes’ and sometimes unconventional approach is governed only by two criteria: passion and energy. The lifeblood of this band is live performance and it is from countless live gigs and tours that they have crafted their own brand of roots reggae, funk, soul and good old fashioned rock and roll. Put simply this is a band that thrives on working hard and winning audiences over.

In October of 2007, two and half years after the band formed, the Auckland-based group celebrated the release of their debut album, 'Reflections,' to rave reviews across the board. The album has held the number 3 spot on the Independent charts and two of its tracks have been included on successive NZ on Air "Kiwi Hitdisks". Accompanying the album, the band had three music videos for 'Voodoo", "Real Life" and "Casually Acquainted" which have all sat on music TV playlists nationwide. In 2008, the band received the Juice TV Music Award for Best Roots / Electronica Video for the release of 'Real Life', coming in on top of an impressive lineup of New Zealand’s heavyweight acts.
Tahuna Breaks got its start back in the day when two school friends started jamming out; Timmy G rocking out on the drums with James Winkle laying down the basslines. Soon, old family friend, Marty Greentree, joined the mix as lead lyricist and vocalist. Throwing in a bit of style and a feminine touch, friend and saxophone player Kelsey Serjeant jumped in after catching up with the boys at a concert.

The bands first practice space was on Tahuna St in Auckland, lending them not only a place to jam, but also their name. Through the years they’ve moved from a garage in Onehunga, to the west coast at Piha, and finally back to Auckland. A small carpet-clad storage space near the quays in downtown Auckland now houses the band and their tunes. Without worry of disturbing the neighbours, they can rock out and let the creative genius flow. Along the journey, the band has expanded to include Tim Baker on the trumpet, Jonny McClean on sax, Adam “Young Blood” Fuhr on the keys, and Tom Charleson on the guitar. Their music has only grown richer with the addition of each member, leading to an amazing sound, unmatched anywhere in New Zealand.

From the very beginning, they've had a reputation for getting the party started. With countless tours under their belt, including several sell out shows around New Zealand and international commitments in Australia, the band is rapidly gaining recognition and praise.