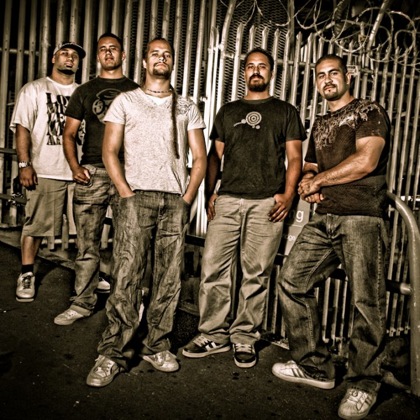 Soljah are a five piece unit based in Kaipara and Auckland New Zealand, consisting of five heavy weight musicians who are creating waves across Aotearoa with their mesmerising live performances and ground stomping sound. Heavy distorted riffs with rhythms that knock you off your feet, bouncy drum and bass to put you back on your feet, and tight vocal harmonies that drip with catchy melodies.

While listening to Soljah's music you will discover an eclectic blend of influences. The heavily distorted guitar lines mixed with jazz harmony come from the master mind of guitarist Les Watene, who has a degree in Jazz. The four on the floor bass drum can be attributed to Tawhiri Littlejohn's history of playing reggae music since he was young. The soulful vocals of Ben Ratima are reminiscent of a love for old school artists such as Stevie Wonder, and the percussive slapping coming from Raniera Littlejohn's bass oozes funk and soul. Nicely finished off by a touch of RnB comes from Jacob Nansen on keys.

The five musicians that make up Soljah have been painting their flavour throughout NZ in the music of many well known NZ artists, as they are all highly sought after session musicians, called on by the best for various recording projects and performances. Between the five of them they have played for NZ artists such as King Kapisi, Anika Moa, Savage, Che Fu, Vince Harder, Nesian Mystic, Annabel Fay, Ben Lumis, Josh Leys and Sons of Zion.

The bottom end and deep cutting grooves are held down by a blood connection, brothers Tawhiri and Raniera who grew up on the road touring with their father Tony Littlejohn, NZ reggae legend. You can't ignore the prowess and commanding authority that flows from these two brothers, the groove is in their veins, and is very contagious, it's inevitable - once you hear it - you will be pulled into the music of Soljah like quick sand.