Get To Know "Paua" 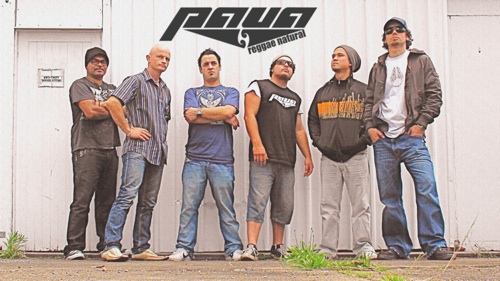 Harmony and melody, floating on deep grooves and rhythms - Paua brings natural reggae staples for the soul. Bred in Aotearoa - created in Brisbane, this eight piece collective bridges the gap between the urban life we live, and the idyllic life we dream of living. Blending a diverse spectrum of influences into the unique Pauareggae sound, Paua music will capture your heart, feed your mind and make you move your feet.

Two years ago Paua recorded an hour long live music set for a local Brisbane radio station, and since then, Paua music has been making it’s way to live stages around Australia, and radio airwaves around the world. The tracks “Coming Home” and “Sticks and Stones” have been featured on radio in Australia, at home in New Zealand, and as far away as Hawaii. Paua have shared the stage and the airwaves with some of the biggest names in Australian, Aotearoa and world reggae, gathering new fans, friends and family along the way.

And now in 2011 the Paua journey takes the next step. Paua’s debut full length LP is complete, released in April 2011. The record is the product of 2 years of relentless writing, touring and recording, and distils the essence and emotion of the Pauareggae sound. And to celebrate the release, Paua will be bringing the live Pauareggae show straight to the fans, friends and family who have been such an important part of the Paua journey so far.

We’re looking forward to sharing even more of our Pauareggae music with you all soon...