Get To Know "The Melodramatics" 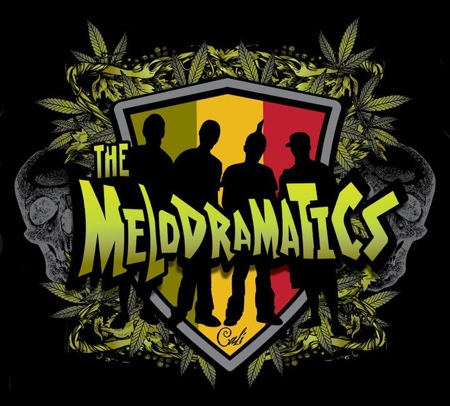 From a new crop of fresh Nor Cal dub sounds, Redding, CA-based The Melodramatics blend reggae, punk rock, and ska in an upbeat, fun, and energetic style all their own. Selected as High Times Magazine’s Unsigned Artist of October 2010, The Melodramatics fill dance floors with young and old wherever they play. 2011 marks the debut of the bands first full-length studio album.

Making music since 2001, The Melodramatics consists of founding members, Caleb Saccheri (Guitar/Vocals) and Jesse Geron (bass). In 2007, Richard Hughes (Trombone/Keyboard) aka “Dick the Boner” joined the crew adding his brass and keys to fill out the ska vibe. Kyle Paolinetti (Drums), is the most recent addition to the band (joining in 2010), laying a solid foundation with his drumming.

The Melodramatics kicked off 2010 with a 4-song EP, “Dirty Beach,” which showcases a polished sound emphasizing their reggae and rock styles more than the band’s previous punk rock leanings. The EP is a preview of what’s to come in the bands next full-length self-titled album scheduled for release in March 2011.

With a strong DIY work ethic, the band has recorded a half dozen self-produced albums and relentlessly toured up and down the West Coast from San Diego to Seattle, as far east as Boise and Phoenix. Strongly influenced by bands such as Sublime, The Expendables, Slightly Stoopid, and Less Than Jake, The Melodramatics have had the honor of sharing the stage with such acts as The Ataris and Reel Big Fish.

In 2011 the band plans to continue touring promoting the release of their upcoming album. These Nor Cal musicians live for the road and love traveling from city to city making new friends and fans. To truly experience The Melodramatics and their reggae/rock party vibe you have to see them live. The music will lift your spirits, the rhythm will make you move, and the melodies will not leave your head.