Get To Know "Kym Campbell" 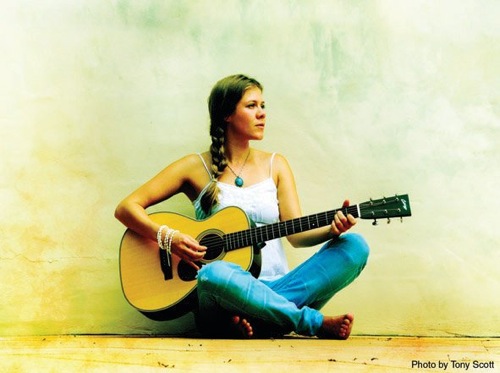 With a surfboard under one arm and a guitar under the other, Kym Campbell is making waves with the surf music culture of Australia and is about to break out into the wider community with her second release, Preview, produced by the renowned Michael Stangel. (Veronicas/Shannon Noll)

Often described as the female Jack Johnson, Kym writes and performs earthy, stripped back music which can best be described as roots, folk and reggae, peppered with acoustic guitar, ukulele, harmonica and a tight rhythm section.

It wasn’t until hearing Ben Harper play at her university in California at age 20 that Campbell was inspired to learn to play music. Shortly after picking up the guitar, Campbell moved from Seattle to Australia, where she discovered and embraced the coastal culture of surf, sun and music. As an Australian, a surfer and as a musician, Campbell was a late starter, but this combination was such a natural fit that she progressed rapidly.

By 2008, Kym was beginning to turn heads including becoming a finalist in the Top 10 Music Oz Awards for Best Singer/Songwriter; as well as being Highly Commended by judges for three songs from her debut EP, So Alive. This was quickly followed with So Alive being chosen as the soundtrack for a number of surfing DVDs and events.

Since then, Campbell has secured a release deal in Japan for her new EP Preview, and has been receiving generous radio play throughout Australia. Kym’s music has continued to grow a long way in a short time, with a busy schedule that has seen her performing alongside such notables as The Beautiful Girls and Ash Grunwald.

Kym will be touring her latest offering, Preview, nationally in 2010, where she intends to take full advantage of her appearances to highlight environmental, political and social issues close to her heart.