Get To Know "International Farmers" 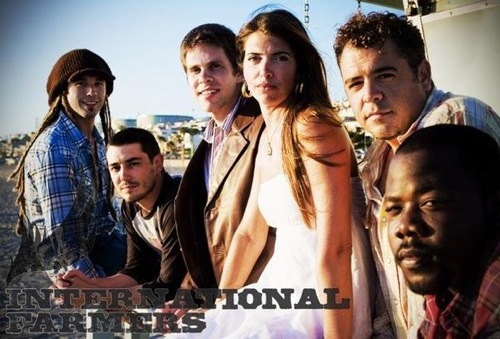 International Farmers is a persistent bunch. Anchored by Preston Nelson on drums (son of longtime Ben Harper bassist, Juan Nelson), the band interweaves a highly danceable form of modern reggae. The band was originally formed by childhood friends Daniel Primavera (guitar) and Jeremy Odom (bass). Their deep passion for reggae, hip hop, and punk came together in Atlanta, GA around the summer of 2000. Along the way musicians were added: the powerful and soulful Lara Beers on vocals, the funky and playful Jamie Bullock on keys, and the jazz master Brian Landau on saxophone.

Nine years later, the now six piece International Farmers is preparing the release of their 2nd full length album. Focused, precise, and full of harmonies the album promises to extend the bands’ large and in charge reggae attitude to a global audience.

The new album boasts 14 essential tracks and clocks in at almost 10 minutes shorter than their 13 song debut. Reggae dominates the vibe as a whole while echoes of soul, rock, funk, jazz, and flashes of punk are heard throughout. Lush vocal melodies will have you singing along after the first chorus. A touch of dub locks you in and doesn’t let go.

Get ready for a fresh reggae sound….