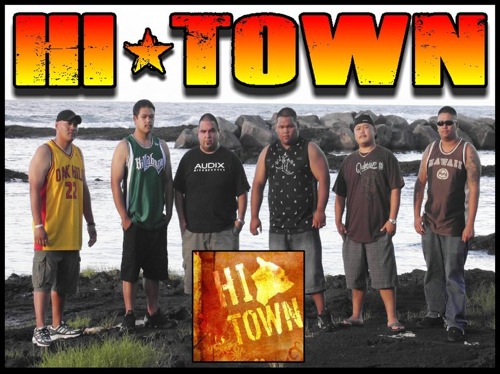 From the Big Island of Hawaii comes "Hi-Town", (short for Hilo Town), recent recipient of the 2010 Hawaii Music Award for Island Contemporary Album of The Year. Formed in 2007, by 2003 Na Hoku Hanohano Award winner for Reggae Album of The Year (Three Plus), Karl Zinsman. Hi-Town has been generating a buzz, and topping the music charts, around the Hawaiian music scene even before the release of their debut CD (Released Apr.'09). With their energetic live shows, five-part harmonies, solid "Island Reggae" grooves and brilliant horn section, Hi-Town has quickly