Get To Know "Elan Atias" 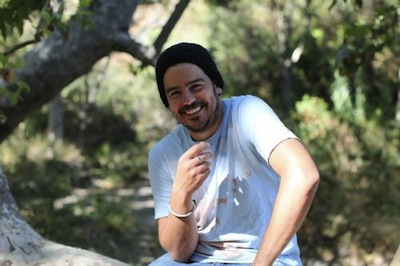 After an extensive global tour as lead singer for The Wailers, a critically acclaimed major label album release, and features on major motion picture soundtracks, Elan has established his unparalleled organic musical talents. Now on the verge of the releasing his second solo album ‘We Are’, Elan is back on the road and back in the public eye. This self produced album was written and recorded over the past year, and demonstrates Elan’s amazingly personal and artistic connection to his music. The entire album is acoustic, and is stripped down to genuinely showcase his voice paired with upbeat melodies that promote a ‘one love’ feel.

Even though this is only Elan’s second solo album, he’s no stranger to the stage. After forming a strong working and personal friendship with guitarist Al Anderson (the lead guitarist for the legendary Wailers, founded by Bob Marley in 1969), ELAN was offered a life-changing opportunity to tour with the Waliers as their lead singer. Elan agreed to this, and chose to travel the road experience with his musical heroes. Night after night Elan took center stage and wowed audiences of thousands, who often mistook him for one of Bob Marley’s sons because their voices were so alike.

After touring world-wide ELAN set his sights on his next project which would be the release of his first debut solo album ‘Together as One’ on Interscope Records. The album was executive produced by No Doubt’s Tony Kanal, and featured some of the most influential musicians and producers in Jamaican reggae culture including: Sly & Robbie, Fatis, Steve Lenky Marsden, Tony Kelly and DJ legend Cutty Ranks as well as pop superstar Gwen Stefani. On his new album ‘We Are’ Elan is back with a new sound that comes straight from the heart, and a record packed with songs full of an important social, environmental, and love conscious message that everyone needs to hear.