Get To Know "Bodhi Rock" 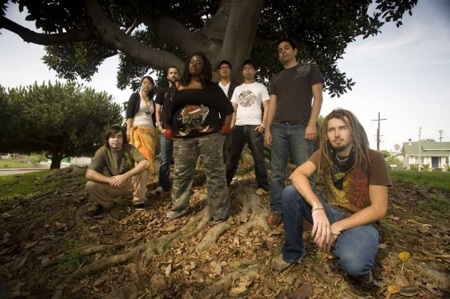 "Bodhi is the opposite of ignorance, the insight into reality which destroys mental afflictions and brings peace...."

Bodhi Rock (pronounced Bow - as in "Bowtie" - dee) is a collaboration of working LA musicians who came together in late 2009 to push the boundaries of roots music. All the members have very extensive and diverse musical styles spanning from funk, jazz, salsa, reggae, hip hop, to folk. The Members of Bodhi Rock have worked with known LA bands and touring acts including Pato Banton, Quinto Sol, Mystic Roots, Mike Pinto, Zen Robbi, Lloyd Brown and many more…

Bodhi Rock has just began to hit the scene. On only their fourth show ever they shared the stage with Katchafire and Rebel Souljahz at a sold out Roxy! Many more shows are being planned for the summer along with an EP scheduled to be release June 8th.

The musical mission is simple and straight forward; to take roots music to new heights while bringing the Bodhi peace of mind to the body and soul! Come and join them this summer!!