Get To Know "bobby Alu" 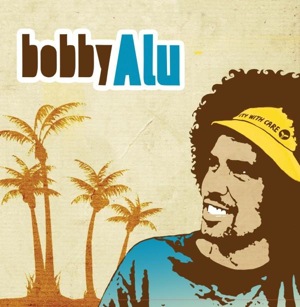 Predominately working as a Drummer & Percussionist, the past 5 years have been dominated by many Festival appearances, recording sessions & National tours including international stints in Canada & NZ. Usually accompanied by visor & afro he thrives on fitting as much into a weekend as humanly possible. Lately it seems you may either see him on stage or at the airport.

Of late he has completed a summer tour of Canada (2009) with band OKA & got through a solid Australian summer festival season including epic 15 gig Woodford Folk Festival (marking his 5th yr performing there) & interstate tours with Georgia Potter & Saritah. 2010 sees another international tour with OKA and a ‘testing of the water’ with solo project bobby Alu…