Get To Know "Babylon Saints" 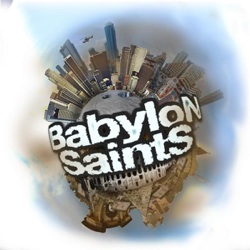 The name Babylon Saints is both a contradiction in terms as well as an excellent way to disarm the potential listener of their expectations.  So to simply say that the four members of Los Angeles-based group play reggae rock, albeit extremely catchy reggae rock, would be rather deceiving.  Singer Matt Gerovac, drummer Brandon Petersen, bassist Tyler Drake, and steel drummer Joseph "Panhead" Peck can offer a better set of groovy descriptions for their sound: Authentic.  Soulful.  Funk.  Honest. Caribbean.  American.  African.  Brazilian.  Spicy.  Danceable.  And, as Peterson puts it, "it's like if Steel Pulse, the guys from Weather Report, and Men At Work were riding a bike down Sunset Boulevard".

Just like this colorful imagery, the Babylon Saints members themselves are an assortment of backgrounds and musical perspective.  Their collective passion for reggae music was formulated within the schools, streets, and music venues of Anaheim and Whittier, CA, Pittsburgh, PA, the Virgin Islands, Cleveland, OH, Boca Raton, FL, Wichita, KS, Trinidad, WI, and local Los Angeles.  Whether it was a Blues Brothers movie (Petersen), a set of pots and pans (Panhead), a vacuum created after quitting baseball (Gerovac), or growing up in a musical environment (Drake) that got them to where they are now, what all four Saints have in common now is their dedication to getting their sound heard.

Babylon Saints have swept California with what Gerovac calls the group's "gushing warm groove." Their performances draw on the freedom to not only showcase each instrument, but to feed off and accentuate each member's sounds and rhythms. Babylon Saints are building a robust live performance schedule with plans for expanded U.S. and international tour stops in support of the upcoming record. Their debut album on Citation Records, due in 2009, will include songs that, Panhead would like you to know, might possibly ravish your face off. In a good way.