Get To Know "Arden Park Roots" 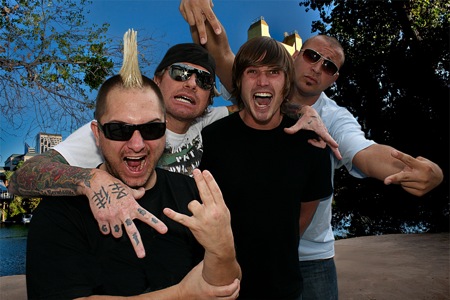 APR is quickly becoming a common name in the huge California rock/reggae scene, a scene which seems to be spreading all over the country. It was evident as their tours got longer and further away in 2009

and 2010. And their second full-length album"No Regrets In The Garden Of Weeden," just released on July 9th, 2010 is making huge waves as these herbal advocates mix many styles to create a fresh new sound. They have 5 major awards under their belt including the Sacshows Local Music Awards two years in a row for "Best Reggae/Rock/Funk band." Look for them to roll through your town in 2011 as their tour schedule will span all the way to the east coast and possibly overseas! Pick up the new album on Itunes or just about any other web outlet! "We love the herb, it come straight from the Earth like grain." -APR