What is Roots Music? 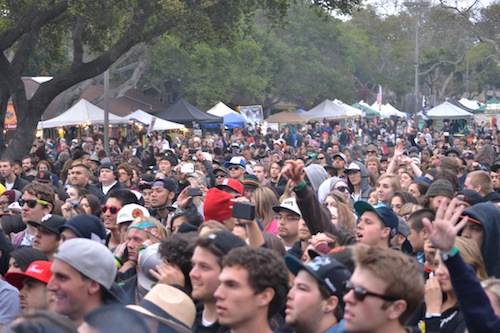 The 3rd Annual California Roots festival was the biggest to date, no doubt a testament to the hard work of the organizers, staff and performers but also to the resurgence of reggae music in the popular scene. But what exactly does “roots music” mean today? I decided to go straight to the artists to see what they had to say about the style and share what some of their roots are as musicians!

What is Roots Music to you?

Jboog: “Roots music to me is the music of the ghetto, the music of struggle, the music of love. It’s passionate music, it’s what we listened to growing up. And pretty much it’s the only music I can think of for us to express ourselves. We’ve kept it in our heart ever since. “

Caleb of The Green: “Roots music means to me, where you came from. For us, The Green, we’re from Hawaii. It’s a twist, it’s not exactly the Jamaican, Bob Marley kind of stuff, it’s different but still true to the form. Reggae is the number one genre out there so we’re reppin’ the Hawaii roots.”

Jam of Jam Kwest: “Roots music to me is basically the basis for what all this other music derives from. It’s a compilation sound that with each band, your getting the best of.” 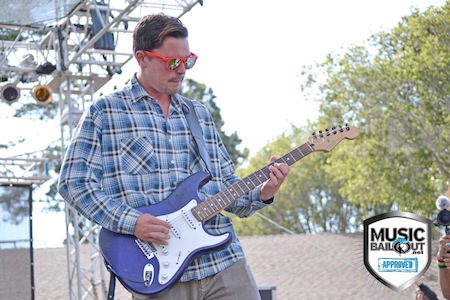 Seedless: “We don’t think it’s based in one genre, your roots can be what ever you listened to coming up, whether it’s metal or it’s reggae. We like mixing that up in our music. Roots too for us is these bands here this weekend, a lot of us know each other and play with each other so coming back to this festival really embodies roots for us.”

Zion of The Green: “I think there’s a lot of different definitions of roots music today. When I think of roots music, the kind of music I think of is soul-full music. There’s roots reggae, but there’s so many different kinds, dub, dancehall, lover’s rock, now there’s dubstep. To me though roots music is even more, it’s any music with heart and soul. It could be folk, blues, country, funk, R&B, jazz, anything with deeper meaning. Roots reggae has a message, it’s got more to it than just the partying and good times. I’m lucky to play music and play music that I love, that I consider roots.”

How does Cali-Roots fit into that?

E.N Young: “A lot of the bands here have a California influence, they get there influence from Sublime and Pepper, the reggae music that came out of California. But those original people got their influence from Jamaica. So the music got a bit of that old school roots but also the Cali influence. It’s a bit of a epidemic, it’s still growing and spreading around the country and the world right now which is great.”

Scott from Thrive: “Cali-Roots. Originally, I thought it just meant bands from California. But then if you look at the line up, not every band is from California, but they have influence from the sound that was born here. You know, bands like Sublime, Fishbone, from back in the day. Reggae’s roots are in Jamaica, but the reggae-rock sound is from here in California and a lot of the bands here are inspired by that sound.”

Aaron from Thrive: “California is a very artists friendly place, we definitely ‘Thrive’ in an environment like that and I think that the vibe from that is spreading and we just want to see it blossom.”

What are some of your Roots? 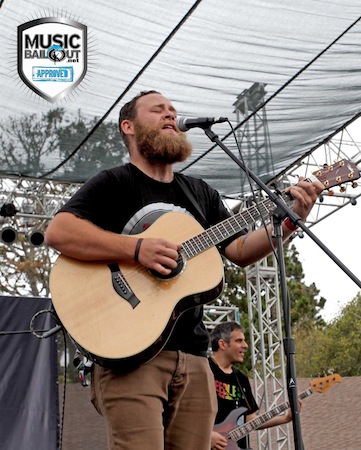 Micah Brown: “I was raised in the garage listening to Albert King, Muddy Waters, listened to a lot of blues wrenching hot rods with my dad. I started getting into punk and reggae later on and that whole California punk rock scene had a huge influence on me. Roots is the music that you grow from, so it can mean a lot to different people, but those are my roots.”

Jordan of Fortunate Youth: “One of my biggest influences was my big brother, he played guitar in punk rock bands. So I always looked up to him and started rockin’ reggae and ska on the drums.”

Anuhea: “Jack Johnson has always been the number one influence for me. You know, growing up in Hawaii I used to be a surfer and after a long day of surfing I’d go back and listen to Jack Johnson. He kind of inspired me to pick up the guitar in High School. Also, Nelly Furtado, rap music, Eminiem, Salt-n-Peppa and of course Bob Marley and all the artists that came after that he inspired in Reggae music. Also, traditional Hawaiian music inspired me too. I think that that is kind of a unique genre that not a lot of artists around the world have even heard of but the language and all of that influences an island girl like me.”

The various answers I got from the artists showed me that roots reggae music today is not only deep rooted in the where artists are from, but it is also broad in it’s range of styles