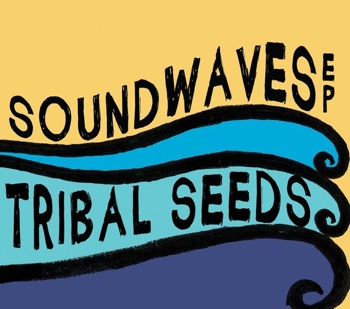 You are in the process of recording your new EP can you tell us any details? Album Title, special guests, release date any stuff like that?

Steven: Yeah we’re recording right now and we have about 3 songs almost complete. As far as special guests, we’re going to have Eric from Rebelution come on one of the songs and hopefully it’ll be released sometime in the summer.

Are there any talks about when we can expect a full album to be in the works?

Steven: There’s definitely some talk, we are hopefully trying for early next year. Right now we’re just trying to write out all the new music and trying to get it out to the fans and we want to get it done as soon as possible that’s why we are doing the EP.

Steven you do most of the lyric writing for Tribal Seeds, are there any rules or specifics you go by when putting the pen to the paper?

What message do you guys mostly want to get across with Tribal’s music?

Steve: Just peace, love and understanding you know. We really like to spread the message of having people look out for each other and protect one another. It’s a crazy world out there but music is one thing most people can agree on so we just try and keep the good vibes going.

What are some of the more current world issues that you guys take notice to?

Steven:It’s hard not to pay attention to the war that is still going on and everybody thought Obama was going to be this great President but it’s still the same shit but that’s how politics work though.

Joe:Yeah it’s tiring to see the same old shit, they’re still attacking countries and the violence just needs to stop. The natural disasters too are something that’s caught my attention, I mean it’s pretty hard not to notice them. It’s just devastating to see one bad event after another.

Now that Tribal Seeds has started making the trek out East, what has the response been like?

Joe: It’s been really great actually. I was really surprised with Florida and Virginia we got a lot of love there. But we’ve been getting a lot of love from the East coast, the Midwest, and the South so it’s not really just one area. I really enjoy playing the whole country but there is something I particularly like about playing Colorado and Texas.

You guys have been starting this year off super busy, first with the Tribal Youth Tour with Fortunate Youth and now the Spring Harvest Tour with Through the Roots and its only April. Can we expect Tribal Seeds do another couple of tours this year?

Joe: Yeah of course man, I think we’re looking at touring in the fall and the winter. We’re just trying to get our music out there so right now it’s just like tour tour tour you know it’s really our main focus just spreading the music and touring. We are also considering touring outside the country as well but right now for this year we’re just going to focus on the states. The spring harvest tour with Through the Roots is about to kick off next week so we’re just going to pretty much hit up the whole U.S.

Awesome, well since you’re talking about having a couple more tours this year are there any talks about what bands might be joining you?

Joe: I’m not too sure man it’s really all up to our management but we’re looking into maybe having Seedless join us because those guys are our buddies but to be honest I really don’t know, like I said it’s all what management decides.

Since you said you guys might try and tour out of the country, I know Rebelution is currently touring in Brazil right now so are there any countries in particular Tribal Seeds is looking into maybe somewhere in South America as well?

Joe: First, big ups to Rebelution they’re out there doing their thing in Brazil right now. For us really it’s anywhere we can get the opportunity to play it’s just all about promoters hitting us up, I mean we would love to play anywhere in the world. Europe or South America would awesome, I mean we don’t really have that much Spanish music but they love bands like SOJA, Rebelution, and Groundation so I think we should be O.K. but anywhere the opportunity is given we would love to play.

Tribal Seeds got the opportunity to play in Hawaii last month and from your videos it looks like the crowds are huge and can get a bit crazy. Can you give us a little detail on how that show went and how the crowd is there?

Steven: It was sick man Hawaii is always raging the people just love Reggae music so it’s just a blessing to go out there every time.