Tommy Dubs, as with many musicians, always knew he wanted to play music. As a kid he used to run around his mom’s bedroom blasting out ‘Cult of Personality’ by Living Color shredding on his air guitar.

Best known for his work with Gadfly, it was Tommy’s time in his high school band Jafiki which fueled his passion for playing reggae. “I feel confined by writing on the guitar, so I prefer to write the music on piano or bass.”

“Back in the day this guy Dave Anderson, showed my band and I how to play reggae, soca and calypso.” said Tommy.

Living in a suburb of Chicago, Tommy was acutely aware the Mid West wasn’t a hotbed of reggae and particularly the sound which came to epitomize the So-Cal lifestyle – the music of a certain group from Long Beach came to represent.

“On a trip to Boulder [Colorado] I was lucky enough to see Sublime at the Fox Theater and that is when things clicked for me, I was blown away by them.

“The ease of their music, with the raw attitude as well as their lifestyle.” Tommy explains.

Of course this isn’t to say Tommy didn’t listen to reggae growing up, something which he credits his mom with. 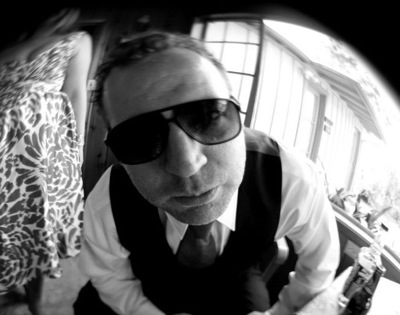 “When I was a little kid I heard the song ‘Reggae on Broadway’ in my mom’s car and it totally resonated with me and the exotic sound struck in my head.”

Along with Leroy Smart’s ‘Ballistic Affair’ and Jacob Miller’s ‘Baby I Love You’, these songs kicked started Tommy’s desire to learn about all things reggae.

The aforementioned Sublime was, of course, a huge influence on Tommy but he has a pragmatic view on today’s sublime inspired reggae rock scene.

For anyone who has heard Tommy’s music it’s clear he is in the latter camp. Tommy’s ability to absorb various forms of music continues today with the former Gadlfy front-man citing UK hip-hop star MIA as a modern day inspiration.

“This person coming out during the war [The Iraq War] yelling ‘FUCK YOU BUSH – I support organizations on your terror watch list, I support the Tamil Tigers and you’re a criminal.’ That was insane.” said Tommy.

“She was like the political marriage of UK hip-hop, dancehall, pop and drum and bass. MIA also had this visual assault with her image and to me she embodied the total DIY attitude of punk rock.

“I don’t care who she is now, but none can take away how fucking punk she was when she came out.

Tommy takes all these influences into his own music and songwriting, but not all aspects of songwriting is easy. For Tommy the process of writing a song is usually being triggered by an emotional response to something he’d witnessed. He likes to experiment with different instruments to find the right vibe and blend for a song.

“I feel confined by writing on the guitar, so I prefer to write the music on piano or bass.” explained Tommy.

Writing music, Tommy admits, comes easily to him but the aspect of songwriting he struggles with is the lyrics.  Like David Byrne [of Talking Heads fame], Tommy believes lyrics are a trick to get people to listen to the music. While Tommy added the reality is the majority of people tend to latch onto lyrics so you’d better not make them too cheesy. 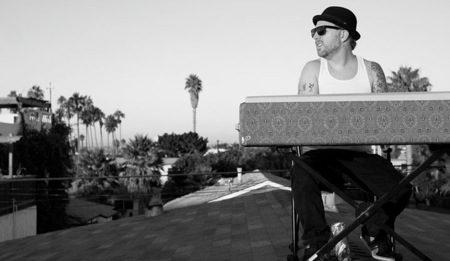 Tommy’s love of music is clear, but his life has taken a rather unpredictable route. From the Mid West to South America is not a move just anyone would make. Between 2005 and 2009 Tommy made several trips to Argentina where he recorded En Los Campos - an album which Tommy collaborating with various bands and musicians from Argentina and Spain.

“Three bands (Gadfly, Aztecas Tupro and Go Lem System), we all got along so we decided to go into the studio and collaborate.

“There were probably 15-20 of us in the studio over a course of three days recording on all sorts of tracks. “

Tommy and the guys ended up with enough tracks to release a record called Sin Fronteras – released only in Argentina. Alternative versions of tracks on that album are featured on Tommy’s En Los Campos solo record.