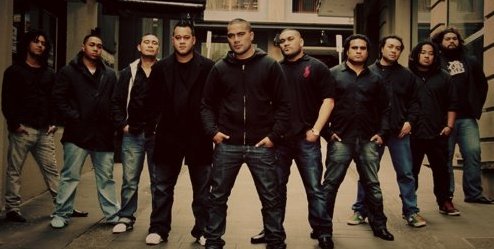 I hear the band started out as a four-piece band. The three brothers and an uncle were the starting members. Where and when did all the other members come along and was it an easy transition to add them.

Yeah it started off as just the three brothers and the uncle, at the time we were still looking for our sound so as our music started to become mature we then looked into wanting a bigger sound so I wanted to add on the brass section and another keyboard player also a lead guitarist.. So everything fitted in well because I knew what I had wanted for the band.

Does having a band of this size make it difficult to setup a tour? 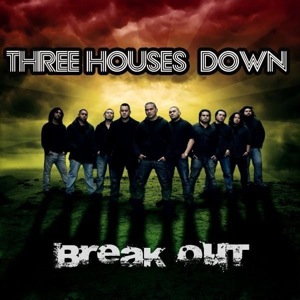 Um sometimes it does but most promoters take on the whole band on tour. We get promoter’s wanting to cut up the numbers and just take 6 on tour, especially the international tour’s we don’t take on the offer, as when we leave 3 or 4 player’s behind our sound doesn’t sound complete. Remember when we write and compose our music we compose for the whole 10 member’s so some promoters don’t realize that.

The new album Breakout is truly an amazing album from start to finish. It touches on so many flavors of Reggae. Was there a planned out map for the sound or was it more of a feels good approach?
Well we had 3 months to write up 10 quality songs, I’m not a big fan of filler’s just to complete an album. So what we did, some of the writer’s including myself brought the lyrics to band practice and the tunes, we came up with including the rhythms and back up vocals at band. We recorded our album at York Studio in 5 days ALL LIVE TAKES, no individual takes. So that was the formula to the album Breakout.

Recorded in five days, nice. Talk about how an album can sound so clean in that short of time.

Yes breakout was recorded in the 5 days, the hard work was the band rehearsals before we were due for recording at York Studio. Our main focus at band rehearsal was always to tighten the rhythm section in which we knew we had only 5 days to record the album. During our recording time in the studio, 1 song we’d had to play 10 to 15 times to get the magic take, so once we had the magic take of that song we’d move on to the next track. Also the whole recording was all live takes, to me personally, that’s where you can hear the feel good vibe’s with in every track.

The lyrics in all you albums are well thought out and very conscious. What is the main focus when writing a song?
Most of our lyrics are taken from past experiences and also issues or things that are happening in this time or within the society. We love to write lyrics of reality issues, I feel that when you write reality lyrics, conscious lyrics, with an awesome tune its endless music.

The song Keep Your Culture speaks volumes. Is there a reason behind that song?
Yes the most important message is to remind us as individuals to embrace our culture and to be proud of our culture whether your white, black, Indian, Polynesian or whatever nationality you belong to.

I am really starting to experience a ton of Reggae/Reggae Rock in New Zealand and loving everyone I find. Who were some of local influences that travel through the veins of Three Houses Down?
We have so many local influences Herbs, Katchafire, Kora, Unity Pacific, House of Shem, these were my favourite local bands and influences.

The genre of Reggae/Reggae Rock has really shown its face in the past few years. However, with popularity also comes the homogenization of the sound. What is it that keeps Three Houses Down far apart from the rest?
I guess with the whole band as Tongans and 2 Samoans, Polynesians have their own unique flavor and we try put that in our music with the harmonies and the brass section, also with our unique driving rhythm section

Keep Your Culture and Kanikapila are two great music videos Three Houses Down has put out. Any hope for a full live show video?
Hahaha yes that’s in the plans.

Are there any plans to tour the US in 2010?
Yes in the beginning of this year we toured Hawaii, played at the THROW THE SHAKA TOUR. We toured to Vegas, San Diego, San Francisco, also played opening for Ali Campell (UB40) in Oahu (Hawaii) and Kona. So for the time being just on hold for a little while and will be back on tour in the U.S. again..

Swing on over to the MusicBailout.net Shop and pick up Three Houses Down albums.