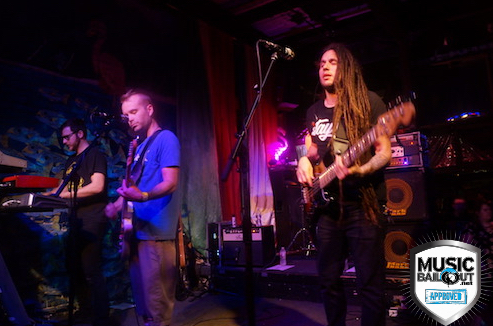 Slow and steady growth apexed The Movement into a sold-out tour run, ending in Texas. We caught the band during their stop at Flamingo Cantina in the heart of downtown Austin. The open-air venue was packed tight from the get-go with openers Audic Empire setting the party vibes with their high-energy blend of rock and reggae. A natural Friday night, drinks were flowing as the line for the bar morphed into the crowd. The dynamic range of vocalists and a fully rounded sound had Audic Empire pleasing the sonic palettes of the crowd carrying well into the night.

As the weather grew colder with a storm front charging in the background, The Movement hit the stage. Immediately noticeable was the ground-shaking, chest-rumbling bass pumped through bassist Jason Schmidt’s MarkBass rig, balanced across the sound spectrum by the versatile keyboard chops of Ross Bogan. Drummer Gary Jackson’s powerful and precise drumming held the hard-hitting reggae rhythm in place for frontman Joshua Swain.

The band played a set that spanned their long musical journey, filled with many twists and turns worthy of an expounded story. From On Your Feet, to Golden, all the way up to their latest single “Cool Me Down,” the setlist was packed with gems adding up to about an hour and half worth of progressive reggae. Hard-hitting and thought-provoking lyrics were balanced with fun bangers creating an environment that kept fans engaged and on their toes. Other highlights include the melodic head-sticker “Side by Side”, the oozing happiness of “Sweet Life,” The thunder-syncopated “Through the Heart,” and the serious tone-setter “Fair Warning”

Following their impressive set to a sold-out crowd, the guys were nice enough to sit down and have a quick chat with us about what’s coming next. Their down-to-earth welcoming demeanor made it instantly clear why this band keeps such a passionate and dedicated fanbase.

How’s the tour been so far?

JOSH: Good! Every show has been sold-out so far. Florida was awesome and we had a super long drive from Miami to Dallas that took us two and half days, but it’s worth it. Been pretty surprised with the turnout here in Texas. Having a blast. We’ll be flying out to Maine to play a festival there and then we’ll be playing some shows with SOJA. We’ve got summer booked with Dirty Heads and Iration.

How do you cope with long drives and road life?

JOSH: We’ve been doing it for so long, there’s nothing to it anymore. We’ll be in a bus this summer and that’ll make a huge difference! 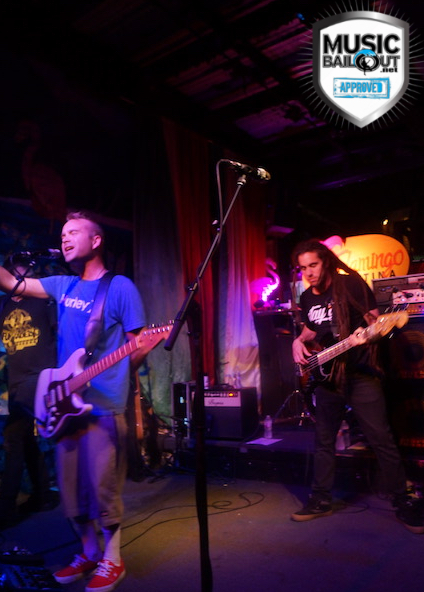 As artists, are there ever any songs you wish you could change or tweak a little?

GARY: He’s so critical. I love everything he does.

JOSH: G’s my biggest fan. I think the latest songs we’ve done have been more of a collaboration with the whole band instead of one or two people writing the songs. I think, as a group, we like the newer stuff better. This record we’ve got coming out in a few months will be something we’re proud of. It’s always the newer stuff you like the most.

So you’ve got a new album coming?

JOSH: Yeah, we dropped two singles already, “Siren” with Stick Figure and “Cool Me Down”, we’ll drop another one soon, and maybe one more, then the record will come out as soon as it’s done.

One of the things I personally like about y’all is that your lyrics have more depth than a lot of more pop-friendly reggae. What motivates you lyrically and how do you capture that?

JOSH: I’ve never been a fan of pop stuff really, but on this record I’ve tried to write a little more poppy to try and reach out to some more people. It’s more interesting when you’re writing about interesting stuff, stuff you haven’t heard about before. I think if you can combine some more poetic and abstract stuff with some more pop mainstream stuff you can have a record that’s acceptable to more than just one side and try to reach everybody that way. I try to write stuff I find interesting and hope others find it interesting too.

GARY: That all started from our long drives. There was a while when we were on the road all the time. I grew up loving reggae, I was a record collector and I just started writing a bunch. That’s my poetry, what keeps me going.

Do y’all have any other projects on the side?

JOSH: He plays with like 40 different bands back in South Carolina.

Any up-and-coming bands y’all are excited about?

What gets y’all going outside the genre?

JOSH: I grew up in the 80s, so I started out with Guns n Roses, Chili Peppers, Jane’s Addiction, NIN, Tools. It was later we got into reggae through Bob Marley and Sublime.