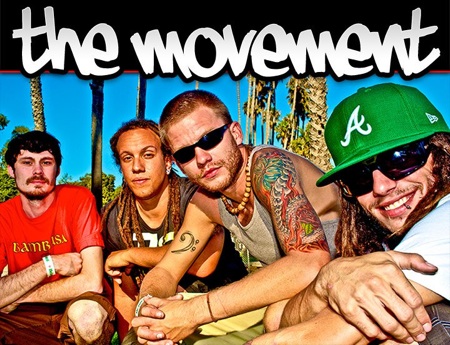 Interview with Jordan Miller of The Movement

An obvious question, how has Josh’s absence affected the band as a whole?

It was weird at first not having a person you grew up writing music with not there anymore, but we had to adapt, grow, and evolve like you would anything else you know? We made it work, started writing some new songs focused and on me singing everything. It sucks, but life goes on, we are still real close though.

When can we expect the next Movement album and how will it stand out from the others?
Right now there are three different dates. So far it’s either the 25th of September, the 15th of September, or the 27th. One of those three days, but it is definitely going to stand out a lot. This is the first time we are recording with this producer, and we’ve got a lot of heavier songs. There is a lot of Police influence in this album, I think it is going to be a little bit more grown up, and overall I think it is going to stand out as an evolving thing for us.

Your touring with Pacific Dub, how do you think touring with a west coast band could help the tour?
I think it is going to be great because we have not really hit the west coast a lot. We have only hit it like two or three times and we are still brand new out there and this kind of music thrives over there. So playing with those guys is going to be great, we can get our music out there and that’s really where the market is so I think we are going to do pretty well.

Where do you guys get the inspiration for the music you make?
I don’t know, I wrote lyrics for 9 of the 11 songs on the new album but it is just from everyday stuff. A lot of the songs on the new album, in fact the majority of them, have a couple of notes or riffs from like years and years ago that I kept in a vault and just brought them back out.

Aside from the summer tour, do you guys have any big ideas for the future? 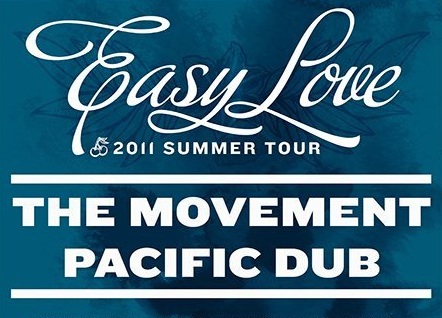 Yeah, we’re doing the Pacific Dub ‘Easy Love’ Tour and we are doing the record release tour across the country. We are also doing Blackwater Festival and the 311 Pow Wow Festival, so we’ve got a lot of big things trying to put this record out.

A while back you talked about doing a solo album, is that something you are still pursuing?
It is actually, one of the songs from the solo album is now on the new Movement record cause it just really fit. There are still three or four more songs on the solo record but right now I am just trying to focus on The Movement. It was more of just a side project, but it may come out eventually I am not too worried about it now though.

What are you guys doing when you are not on tour?
We do 230 or 240+ shows a year so when we are not playing we are just with our families hanging out.

In the Past you have played with bands like 311, Slightly Stoopid, Rebelution and G Love. Is there anyone in particular you want to play with in the future?
Incubus would be a good band, we would love to play with Incubus.