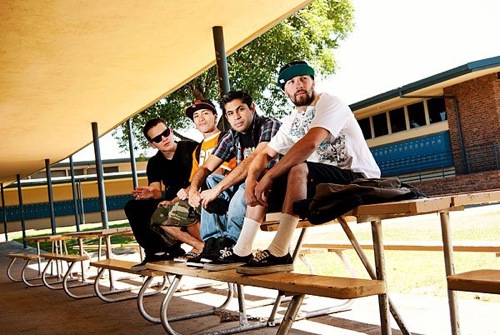 Give us your best description of The Holdup.

Mike Garmany: A very young, very hard working band who plays music in ranges from Reggae all the way to Pop.

Where would you say the biggest difference is from the new album compared to your previous Stay Gold album?

Mike Garmany: Definitely the diversity in style. There were a lot of differences but the most obvious was how far we really stretched in genre. Stay Gold obviously had its fair share of different genres. The sounds we did on that record were more closely related though. We reached out all the way into the straight up pop and indie worlds on Confidence. We really didn't hold back much. We've always had a "Pop Sound" so no matter what we do it's gonna be catchy. I think lyrically this album is a lot more personal to me too. The last album was very happy and up beat all the way through. This one is also for the most part upbeat. There are, however, a few tracks that dig a lot deeper into personal feelings and experiences than on the last record. "We were shooting for a real connection with fans, real emotions and true life situations that young aspiring kids cant relate to."

Tell me where the direction of the song Slow came from?
Mike Garmany: Production wise I had just been listening to a lot of Indie/Electronic music so that influenced the sound. I just got tired of making the same "Reggae Beat". Just needed something new. Content-wise it's a love song. It's definitely based on someone specific. That girl probably knows it's about her. I don't think a name needs mentioning. Everybody gets to the point where you've been over excited about a new relationship and jumped in too fast. This song is about having already gone through that and even though you're really excited about this new girl/guy you're trying to take it slow because you don't want to burn it out. You want it to last.

Mike Garmany: Very. I think pretty much about as obsessed as obsessed gets. That's my personal favorite of the album. It's one of the most truthful and honest tracks on Confidence. I've given up my social life, sleep, money, and health for this band. My life is 100% music. I can speak for both Clev and I when I say we've burned a lot of relationships because of the amount of time we dedicate to "chasing success." This is my life. If we're not on the road, I'm in the studio. Literally. I don't want to even get into Clev's life because you wouldn't believe me. Just know he should be crowned "The Hardest Working Man in Show Business."

You guys have a few show lined up soon with Collie Buddz. Is there a lot of pressure when playing before a widely known artists like him?
Mike Garmany: I wouldn't call it pressure. I don't feel pressured. It's not like we have to "step our game up". We're playing with a widely known artist for a reason. If anything I get excited because we're a new artist. I feel like "Wow. I can't wait to shock all these people." I love being the "noobies" because people are always surprised at how good we are. I hear that more than anything. Surprised. I don't want you to think we think we're better than everyone. We know we have a lot of room for improvement and we don't claim to be up to par with the all headliners, at least not Collie Buddz. He's a seasoned performer. We're just "Confident.".

When your songs reach a radio outlet like yours have, is there instant response as far as sells and online activity or does it take time?
Clev Stiles: Definitely. When our singles "Good Times" and "Summertime Baby" hit San Francisco's Biggest Alternative Rock Station Live 105 sales peaked on all digital distributor outlets. The most noticeable being ITunes, these days you can track all digital sales down to the city or zip code they were purchased from. This is a huge advantage in know where sales are coming from. It helps us learn what trends in marketing we use work best. The radio as old fashion as it might sound works wonders. Other radio stations such as KWIN 97.7 FM who cater to a more Hip Hop/ Pop Mainstream catalogue prefer songs like "Obsessed With Success" a song on our new album Confidence. The fact that our new album hits over 4 different styles and genres actually works to our advantage; we choose different songs to pitch to different genre radio stations. It's worked so far and we are still adding more stations under our belts as we continue forward. 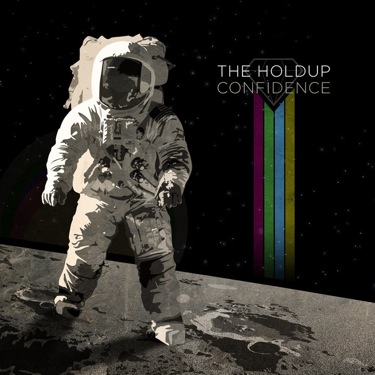 How has your devout fan base reacted to the new release?
Clev Stiles: Ahh.. The Hunnies and The Hustlas as we like to refer to them as. They loved the new sound and genre mashing we experimented with on this album. We were shooting for a real connection with fans, real emotions and true life situations that young aspiring kids cant relate to. The maturity level on the new album is light years ahead of our debut album, with songs that reflect on true stories. Songs like "Motion" and "They're Wrong" are both very deep songs of the struggle young artists goes through when chasing what we like to think of as the "Dream". People don't realize the struggle behind the success and songs like "Motion" really explain the hardships that most bands never cover. The idea was to have a fun summertime album that mixed in certain topics that we deal with on a daily basis. Songs like "Summertime Baby", "Back Then" "Faster" and Wake Up" were the obvious "Stay Gold" sounding tracks fans grew most attached to. We truly believe in good music, setting boundaries or limits to a single sound can eventually become redundant. The fans understand our creativity and stand by our music decisions 100% and at the end of the day they are the reason we are out here on our grind.

I have to admit is sucks being in Texas loving this genre of music. A majority of the bands are from California and rarely tour out this way. What’s the problem and solution?
Clev Stiles: The Simple answer.. Money, Connections and Support. It's hard for any independent artist to tour in cities they have never played if they aren't financially capable of covering costs. It's a big hump to get over, you need to build your contact