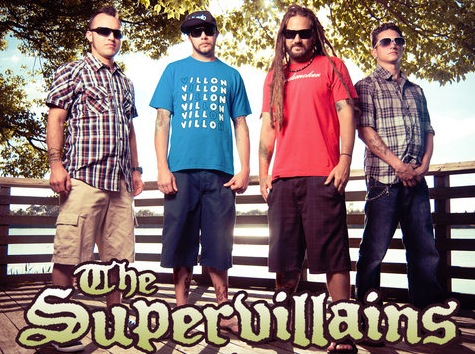 The new album from The Supervillains "Postcards From Paradise" is about to drop next month so we wanted to get a little info outta of the guys on things. Dom was able to give us a few minutes from his busy schedule to answer some questions. You can read the interview below and if you have a few extra minutes sign up for a chance to win a pair of tickets to their upcoming tour with Less Than Jake at the bottom of the page.

Same question I asked The B Foundation I would like to ask you. If you could ask your own first question what would it be and what is the answer?

Dom, would you like me to give you one million dollars and 32 hot chicks? Yes please.

Going into the recording of the new album, Postcards From Paradise, was there anything new you wanted to try differently or possibly stay away from than on previous albums?

We wanted to write and record a brand new record, without rehashing older songs. When we were younger the recording quality was a bit harsh and performances rush due to self funding, so on past records we've re-done old songs. This one is 100 percent new. It shows how we've grown.

I hear new members may be in the future for you guys. Were any musicians brought in to help with the recording of the album, ones maybe that will be part of the group on the upcoming tour?

We had Bobby Koeble play some nylon guitar on a song and Anthony First Class from English Beat do a collaboration. Other than that it was pretty much all us and producer Brett Hestla, Tha man!

What song off the new album has potential for a video and do you have a concept in mind for it?

Plans are up in the air at the moment, its hard to pick just one!

How long did it take to finish the album?

All together around 6 months. With a lil red tape here and there. It was a great experience!!

People say that bands now make most money on merchandise and touring nowadays. Can you see a day when you just take the road anymore and what are plans for life after the road?

Me personally, I'm really in to artist development and musician management. It hasn't been all jager and bong swats for me. I've been paying attention and running a great deal of our business since our inception. I enjoy the business aspect as well as the music. And I'm handsome so I figure if all else fails I got that going for me.

It seems like all the other artists on Silverback and Law are on Summer Festivals, can we expect The Supervillains to be on any of them?

Our summer is already filling up! Stay up to date with our facebook @facebook.com/thesupervillains 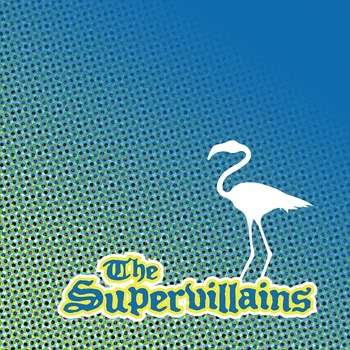 Are the Oralndo Magic the team to beat in the East this year? Also what was your first reaction to the Lebron James announcement?

Magic all the way, love me some D Howard and the boys!! Fuckin hate Lebron and the others but damn are they fun to watch.

Has there ever been a thought to release a completely different sounding album and title the group The Superheros?

Nope. Usually the only ideas we have are good. :) (j/k bro, you know we have mad love for you and musicbailout!)

Were there any New Years resolutions made for 2011?

To rage harder and to start a new years revolution son!

Any plugs or disses you would like to end with?

Yes, fuck Skart, Dom rules and if he has anything to say about that he should have done this interview!! Big up Musicbailout, Law Records, Ra Ra Records, Silver Surfer Vaporizers, Jagermeister, Lost, Orange Blossom Pilsner and you guys for keeping us going!! Here we come Less Than Jake!! The american wang tour rides!!