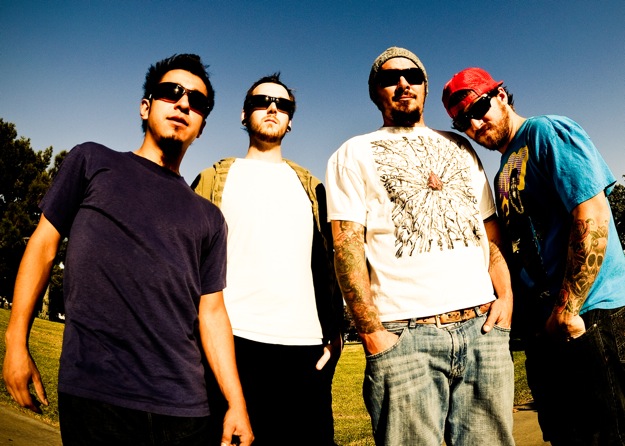 
How did the recent cross-country tour go?

So amazing! We had the best time. We pretty much partied 24/7 and met some of the coolest kids all around the US, and (as for any independent band) the road is real tough. It can be the most grueling moments of your life and can also be the greatest. "The lyrics represent how we live everyday. Just chilling, touring, and partying by the beach."

What were some of the best cities you performed at?
The best spots were very surprising to us, Miami, New York, Seattle and New Jersey. We played at the Stone Pony in New jersey with Echo Movement and had a real good time. I'm pretty sure any "normal" person might have died from the amount of partying we experienced in New York.

The new release Grass Roots Culture was given away for free. For such a great album I am surprised that route was taken. What led to the decision?
Well the thing is, we are 100% independent and we wanted to spread the word much faster than normal, and after some thorough research, we found that people are more likely to listen to it (and tell their friends) if they can download it for free. When we tried it over 2,000 people downloaded it within the first few days, so I think it was good. Now its just on iTunes.

Is there really any money in making albums anymore?

Yeah ,if your independent, you can make some money. But not with some big wig corporate jerkoffs owning your soul. The best way to advance in this industry is to Tour, Tour, Tour.

A few guests appear on the album. One in particular I enjoyed was Kat. She is very talented and I have been hearing her name a lot lately. Where did Sinizen first meet her?
When we started recording "Grass Roots Culture" we immediately felt like we were family. Lewis (the 17th recording Jedi master) always has good friends at the studio and Kat was always hanging around, So when we were recording "Crazy in Love" Kat showed interest in the song and (although there was a huge party at the studio) Kat stayed focused and busted out that insane verse and We were all blown away. We've been friends ever since!! You'll be hearing much more from her soon!

An amazing song in my opinion on the album is Take It Easy featuring JDQ. Please talk about the making of this song?
This song was special to me because it was so different from the rest of the songs and had a "Head Boppin" vibe. We knew we wanted JDQ on the album and when we finished tracking "Take it Easy" we knew that this was the song for him. He brought so much to that song! The lyrics represent how we live everyday. Just chilling, touring, and partying by the beach. 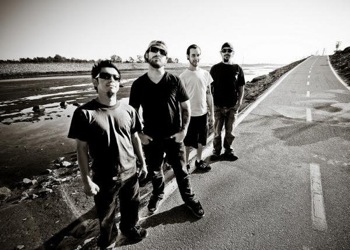 On the previous record “Speak of the Devil” the song that I play at least a few times a week is Militant Love Song. Lyrically and musically that song is amazing. What was the inspiration behind that tune?
That song is an ultimate devotion to our soldiers, Mike and I wrote it at a point when we became sick to our stomachs at all the soldiers coming home in body bags. We try not to be political at all but some feelings you just can't ignore and we wanted to express our love in that direction.

Talk about the upcoming projects Sinizen will be focusing on heading into the end of 2010?
Sinizen plans on touring the US before the end of the year while we continue to write more music. We also plan on releasing Videos for "Jamaican Queen" and "Take it Easy" in the near future. However our main goal is to get a spot on a big tour with one of YOUR favorite bands! We love musicbailout.net!