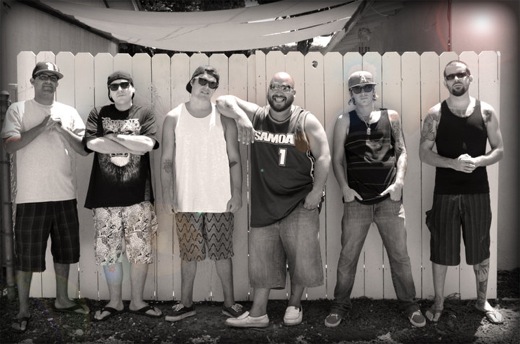 Talk about what the fans will be hearing off the new album Twisted Roots.

Twisted Roots is a culmination of everything we have experienced as a band thus far, and a foresight of where we are headed. It’s a direct reflection of our life experiences. "It really showed our personal growth from the time we recorded our first song to where we are now." Relatable music that people of every background can vibe to. Stories of love, triumph, perseverance, injustice, and simply figuring out how to live in happiness with what life has to thrown at you.

It took longer than expected to release the album. What were some of the main reasons for the few delays that took place?
We wanted to be able to release an album we were proud of, and portray it correctly with a plan. It was nice for us to be able to sit down, and take it track by track instead of having to rush through the recording sessions. It really helped us develop our songs properly, and we couldn’t be happier with the result.

When is comes to singing the lead on a song, how is the conclusion made between Matt and Casey?
It's usually about a 50/50 split with no real set design. Most of the song writing process happens organically and when something works we run with it.

The horns were brought out for the songs Harmony and March. Can we anticipate more of this in the future for any recordings or live shows?

We brought in some friends of ours to get the horns in there to add a little depth to the tracks. Its safe to say that we will probably embrace the use of horns in the future based on the mood of the track. As far as live shows goes... its always a good thing when we can get someone to hop up and vibe on a song.

Love the song 911. Is there a real official story behind that one?
We are blessed to live in a relatively safe environment. Unfortunately as a result, the “authority figures” can have a little extra free time on their hands. I think its safe to assume that most people have experienced an unwanted interaction with the fuzz when they are having a good peaceful time.

The sound for the new album came off very clean. Who are the brains behind the upcoming release?
We recorded at 17th Street Recording Studio in Costa Mesa, CA with Lewis Richards. A lot of talent has been through those doors, and a lot of up and coming artists are recording there now. Lew really knows what he is doing, he got the best possible sound out of us, and he is a master behind those knobs! We can’t thank him enough!

Name the first two songs that immediately pop up in your head that you think are the best off Twisted Roots and why?
Our first single “Twisted Love” starts off the album, and puts you in a good mood from start to finish. It was one of the last songs recorded, and it just took flight while we were laying it down. It really showed our personal growth from the time we recorded our first song to where we are now.

March is another one that experienced a transformation in the recording process. It took on more of a dramatic fashion that matches the lyrics perfectly. It takes you for a ride and speaks to the listener to keep pushing on and working hard.

Were there any songs that didn’t make the cut for this album and if so can we expect to see them on a future E.P. release?
There is no shortage of creativity in our band. All the songs we recorded will be used in one way or another with the release of this album. I am sure that with what we have yet to experience will fuel the fire for many upcoming releases in the future. 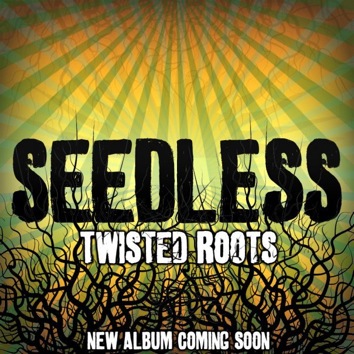 Will Seedless be touring nationally behind the release for Twisted Roots?
Without a doubt we want to get on the road, and see what this country has to offer. Lets do this!

Finally what are 3 main goals for Seedless in the second half of 2010?
Get a van, quit our jobs, and tour!

Starting Friday, Seedless will be offering new free tracks off on their BandCamp site for download, and uploading a new song each week to the bands Myspace player to stream. Look for album pre-orders to come shortly there after.