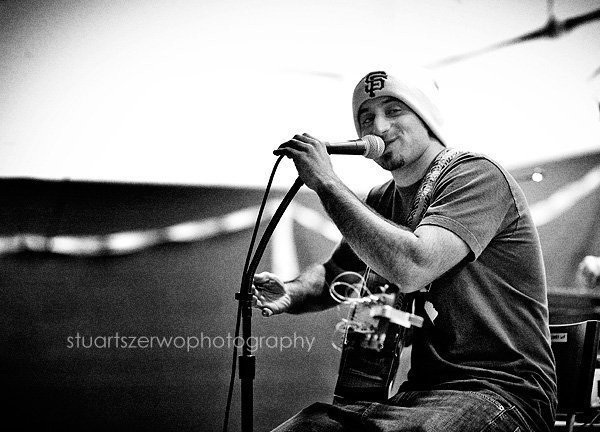 New member of the MusicBailout team Tim Castaneda had the chance to catch up with the very busy Eric Rachmany of Rebelution. The band just ended the Winter Greens Tour and will be heading back out on the road outside the U.S. in the coming weeks.

Has there ever been any talk about adding new musicians/instruments to Rebelution?

Actually, we have thought about adding a horn section to fill in the horn lines we recorded on both albums. I just love hearing the sound of horn sections in all music but particularly in reggae, having that horn section just really fills up the sound."We just want to spread our message because we really do love our message and believe in it."

Do you think we can expect to see the horn line addition by the next tour?

Well we’ve been talking about it but nothing is really set in stone just yet.

August of 2009 was the release of your sophomore album Bright Side of Life. Is the preparation for the next release taking shape, if so when can we expect a release?

Yeah lately we have just been doing a lot of writing, we would really like to put out new material but we’re also not trying to rush anything, we are just trying to do the best material we can. As of right now we don’t have a date set out yet, we originally thought it would be released in summer but now we’re looking at probably more around the fall/winter just because we want to give everybody the best material we possibly can. Right now we have around 9 songs in which the tracking is all done so they just have to be mixed and mastered but we want to give our fans a full length album with at least 13 or so songs. 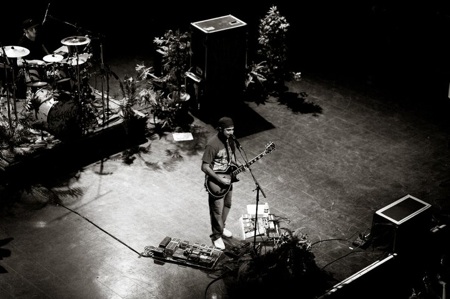 Lyrically, what can we expect from the new album? Do you see Rebelution ever getting lyrically deep politically like such bands as Rage Against the Machine or Immortal Technique?

Lately I have been paying a little bit of attention to the banking system in this country. I never really knew a lot about it until I had a friend show me how people get loans, you know you get it from the bank and the bank gets it from the Federal Reserve and there’s just this whole system on the way people get loans and how debt is created. It’s a whole scheme that’s just somewhat depressing to me after looking into it. I have been trying to write about it recently because I see how it affects this whole country and how it affects everybody else, it’s just been something of interest to me lately. We have written about political and social issues in the past and it’s always something important for me to talk about because it’s what I observe, it’s what goes on every day. I’m not the most political person and it’s kind of hard to pay attention to politics when in my opinion you can’t really trust anybody. It’s not going to a 100% of our lyrics because I think I would be pretty depressed if I had to talk about it all the time but it’s definitely something you can count on being on the next album for sure.

Rebelution had a very busy summer last year with a handful of major festivals. What will be on the agenda for the band this summer?

We have a lot of festivals we will be playing actually, such as the Wakarusa, Sierra Nevada World Music Festival, High Sierra Music Festival, and a few more. The summer is definitely the festival season, in June alone I think we’re playing 4 or 5 different festivals.

With so many festivals lined up is there one in particular you guys are looking forward to?

I think Wakarusa is going to be really killer this year, I know there’s going to be a ton of bands like Ben Harper so I’m really looking forward to it. We played last year and this year we are actually playing two sets so we’re thinking about possibly doing half of an acoustic set or something like that. Usually when we have two sets we can experiment a little bit more and play some stuff we don’t usually get to play.

Eric you recently started a blog page, can we expect it to get updated more frequently?

Hahaha, you know one day I was just super motivated to spread the music I was into, I do need to update it for sure thanks for reminding me. But yeah you can count on it; I’ll get back into it. http://ericrachmany.blogspot.com/ 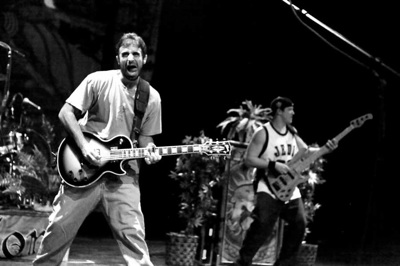 Do you think technology is now moving in favor of the music industry or still hurting it?

I think it goes both ways, for independent artist it’s definitely helpful with everything done digitally now. Look at what Rebelution did, we were able to record our first EP in this guy’s apartment using whatever program he had. We were able to spread it through the internet using Myspace, Itunes, and other stuff without even having to even put it on an actual CD, as far as technology that really helped us out. But there are definitely a lot of people that can get away with a music career through technology now. A lot of people don’t even have very much talent and can’t really sing but they can rely on things digitally now to make them sound like a full time artist. I mean if there’s good song writing I’m O.K. with it and I don’t really mind the enhancements but they’re never going to be able perform it live. I dig artist that can go out and sing live, like if T-pain was able to pull a live show with singing on key I would totally be down to check him out but somehow I doubt that he can actually pull it off live.

What are some of the most important issues that are going on in the world right now to you?

I think it’s a shame to see all these people in power that just don’t really give a shit about the people and just take the money from everybody. The thing I’ve noticed for years is that people in power a