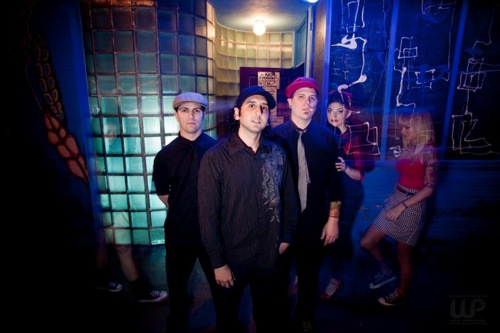 I remember the first time I heard Mike Pinto was through Sublime Archive. Really enjoyed that site. Do you know whatever happened to it?

I loved that site! It really exposed my music to the perfect crowd, those folks who grew up with Sublime in the Cd players all year round. From what I remember, Sublime still owed their record label (MCA, I think) more albums though Brad had passed away. MCA took some songs from all those incredible bootlegs the archive had to create that four-disc “Everything Under The Sun” album. Therefore, I’m sure MCA didn’t want the fans to download them for free. Yanking Sublime off the Sublime Archive ultimately killed the site. It was a great run there though, many thanks to Chris, Bryant, and the crew who put that together!

How did the start of your musical career begin? What were the beginning steps? 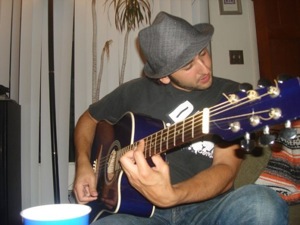 If I had to pinpoint where my career began, I’d have to say that my last two years of college, right after I turned 21 and could play the bars every night, is when I really started hustling. I was in college at The University of Delaware, and I realized that I didn’t want to pursue business anymore…though that’s what I went to school for. So I thought, well what the hell am I going to do then? So I started driving to Philly during the week, playing open mics and small gigs as much as I could. I jammed with my friends from back home near Philly, but I was mostly acoustic when I played shows. My folks were very cool about pursuing a music career, as long as I finished college. Once I found that out, I took as many summer and winter classes as I could, and graduated a semester early haha. I went to Australia as part of a Study Abroad trip for 7 weeks. I played a few shows there too, and was surprised how positive the feedback was. That trip was the turning point for me. That’s when I knew I was going to put all my energy into music.

You mentioned to me that you will be working on a new album very soon. Any exclusives you can present to us here. Maybe album title, release date, or special guests?
We are in the process now of finishing a single called “The Cool and The Deadly” with Lewis Richards at 17th St. in Costa Mesa. We plan on releasing the single, then an EP. I think the EP may be called “The West Is Still Wild”. Not positive though, it will be the name of one of the tracks at least. I hope to release the full album, 12 tracks at least, by middle of spring. I’m planning on having De La from Slightly Stoopid on some horn tracks on the album, he gigs with us now and then, and is a good friend of mine. Also, Kat did some backup vocals for our single, and it’d be great to have her on at least one more track. That girl’s got some serious talent.

Your most recent album “Everything I Got” was mainly a collection of hits from your first two records. Why the decision to do that and not an all new recording?

In all honestly, there were two reasons for the Acoustic album. First, fans who knew me from my solo days wanted to hear the songs I released acoustic. The second reason is because I didn’t have enough material at the time for a whole new album. At the time, we needed some funds for a van to get our band on the road. The acoustic album helped with that goal.

Which song would you say best describes Mike Pinto and why?
That’s a tough one. There’s a little bit of me in all my tracks. Two years ago, I would’ve said “Full Speed” was my anthem. I was pissed off because my career wasn’t progressing like I wanted it to. That’s who I was at that moment, just like “One More Time” was how I felt in high school and college. Now I think my mindset is closer to “Everything I Got”. I’m trying to enjoy what I actually have in my life now, rather than bitching about the things that I wish I had. Things are better than ever for me, I must admit.

How does the writing process for a Mike Pinto album begin? Do you write daily before the initial recording or once you decide to start a new album?
When I write songs, I don’t really think about an album. That is, until I get about 8 or 9 song under my belt, then you think “3 more songs til a new album!”. That’s exciting, but I try not to force songs. I’d rather get that feeling from a life experience, the feeling only a musician knows. At that point, the song is more likely to write itself. You just have to find something to write it down with. You feel like you NEED to write that song. Your whole day’s schedule revolves around that damn song haha. That’s my high as a writer, those days where lyrics just spill out of your head, and you end up jotting rhymes down on the back of your ATM slips and shit. 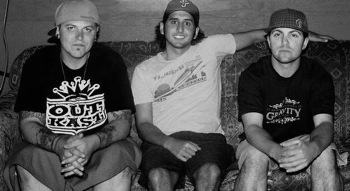 You have been doing this for eight plus years now. Does the daily grind of being a musician ever takes its toll on you?
Absolutely. If this game doesn’t wear you out, then you’re not working hard enough.

It seems like there isn’t much money in recording albums anymore. It’s more in touring. Is that they key to success nowadays. Tour your ass off?
Well, not exactly. I think it’s the combination of a well-produced record along with touring that is essential in becoming a successful artist. . I think it’s a QUALITY record, a QUALITY live show, and QUALITY merch that makes for success. It’s tough for me to seriously enjoy some of these cds I hear that are made by inexperienced producers, or by the artist’s themselves. Not to say it can’t be done, but it’s very difficult to become a great producer, a great songwriter, and a great live performer. Hell, I can’t do all three, I just try to focus on writing and performing. Also, you have to be able to replicate the quality of your record during a live show, or your audience is going to be let down.