The birth of Law Records spans back to 1983 with the release of The Law’s first and only album “None Escape”. What kind of music was that album and can it be found today?

It was in hard rock with a bit of hair metal mixed in. 3 piece, my dad didn't play drums though, he sang and played guitar. Put it this way, they had a song called, "baby don't you know (your a hooker)". And you will be able to get it in the near future, we plan on re-issuing it through www.law-records.com.

What sets Law Records apart from the other labels in the scene?

The logo, it' the strongest in the biz ;) seriously though, we just put out music we are fans of, because at the end of the day that's what we are, is fans of music.

A flow of tapes must pile up at The Law Records office. How often do you listen to the music that comes through and is it really going to up a bands chances getting signed to you guys?

We honestly get most the demos whole we're on tour, which I think is the best way, for instance, Passafire snuck backstage when we were on tour with 311 in 2006 and gave Bret their CD, since then we've released 2 albums with them, it's super organic.

Great music, great people, and a band that is ready to get on the road and work.

Take us through how you found some of the bands on Law Records? For instance when did you first hear Iration, how did you come to know about Ballyhoo!, things of that nature.

Refer to question 3 for Passafire ;) Supervillains we actually opened up for in 1999 our first ever trip to Florida, kept in touch then it fell into place to partner up in about 2004 with the grow yer own release. Iration is from the big island of Hawaii like us, they are the next generation to us, like our little brothers, such a good band. And Ballyhoo! we have known them through online stuff for about 5 years. Howi actually collected live footage online and edited together a video for "Give It Up" and to this day it is one of my favorite Pepper videos. It was only a matter of time before we teamed up. Sometimes things just make sense.

With most of the bands on Law being more on the Reggae Rock side, along with Splinta who is more Hip-Hop, will there be more signings in the Reggae Rock genre or can we expect other styles to make it on the label?

I hate to get genre specific, LAW is just all about good music, but to get specific, yes and yes.

What are the dos and don’ts when trying to get heard/signed to a record label?

There's no rules really, especially in these days of the music biz with the online explosion, it's the wild west! But ya know, it's all about great music and hard work, it goes a long way in every aspect. 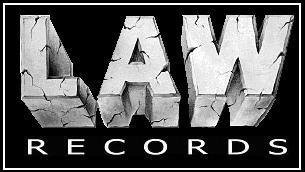 Can you tell us the craziest story of someone trying to get their bands demo to you?

The music industry has forever changed. There really isn’t any money in selling records anymore. What is the key to success in the world of this ever-evolving Music Scene?

It's all about getting creative and thinking outside the box, you used to go on tour to sell your record, now it's flipped over and you release a record to sell tickets, some people are scared but we embrace change.

Can we expect a new signing to Law anytime soon? If so can you maybe give us a clue on who it can be, like 3 letters from the bands name or something?

We're always listening to and looking for new bands. But as of now we have the Ballyhoo! record coming out this summer and then we're working on another Pepper release.

Finally, what is the greatest challenge Law continues to face as a label and how do you combat it?

Filling the the shoes of my dad! We need bigger feet!!!

Reminder to sign up for the Custom Law Records Silver Surfer Vaporizer contest by clicking here. 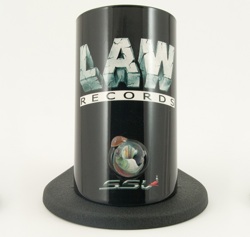