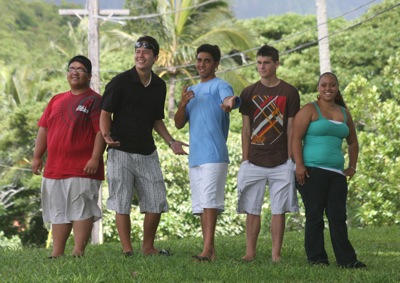 Kolohe Kai, a young Hawaiian band who mixes that sweet island feeling with reggae and pop. Roman De Peralta, front-man and creative force behind Kolohe Kai took time out his busy schedule to talk about life, music and surfing in Hawaii.

Growing up in a tropical paradise you can imagine life is simple, all about sun, sea and surfing, much like a “Ehu girl means a surfer girl with ehu hair. Ehu hair is sun-bleached (red streaked) hair caused by staying in the sun for a long time - mostly because of surfing. I fell in love with a surfer girl friend of mine on the island of Kauai, and wrote the song.” RomanJack Johnson song, well luckily for Roman life really is like this. Just throw in the sweet and irie sound and you have Kolohe Kai. 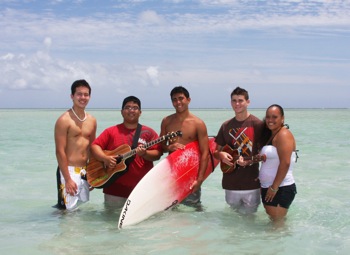 Reggae music is a perfect fit for Hawaii and the number of bands from the tropical islands gaining recognition is growing at a startling rate. Iration and of course Pepper are two of the better known names but a young band going by the name Kolohe Kai are set to join this prestigious list sooner rather than later.

Kolohe means rascal in Hawaiian and Kai means water, together Kolohe Kai is translated as rascal in the water, an apt name for a band fronted by a man who is obsessed with surfing.

“Kolohe means rascal and since I was young my family always called me this because of my personality. Kai means water, and surfing really influenced me. Kolohe Kai thus means rascals in the water,” explained Roman.

Roman and other members of the eight-piece Kolohe Kai graduated from high school in 2010, and it was a few years earlier, at school, that the band got together after a Polynesian music class inspired them to start making music.

They quickly caught the attention of Hawaiian record label Go Aloha Entertainment who signed Roman and the rest of the band when Roman was just 15.

Kolohe Kai’s debut record, ‘This is the Life’, was produced by Go Aloha Entertainment’s Brett Ortone – and Roman credits Brett’s experience in helping shape the album

“Brett believed Hawaiian music needed a fresh innocent, fun, youthful sound and I think we have that on our debut record.”

Kolohe Kai certainly provides this sound, with their island music incorporating reggae while adding distinctly a pop flavour and the ‘simple life of Hawaii, surfing and girls’ is how Roman describes the influence Hawaii had on his record.

Living in Hawaii it’s no surprise to hear Roman loves to surf and the majority of his songs are written on the beach.

“I love surfing more than I love playing music, but both give me an enormous rush. Most of songs are written on the beach, it’s where my heart is,” he said. “The freedom of surfing helps me write songs.”

Family clearly plays a big part in Roman’s life and he cites his dad as a major influence on his music, ‘he was always singing and playing the guitar to me,’ says Roman.

Kolohe Kai is currently in the studio working on a new record, which is due out in March and is called ‘Love Town’ and March is shaping up to be a busy month for the young band as they depart for NZ and a ten-day tour. 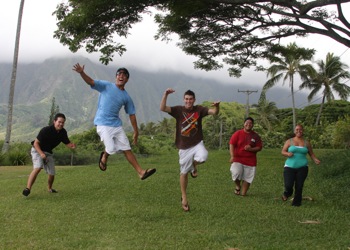 Roman is excited about the opportunity to reach a new fan base, he said: “I’ve heard so much about their positive reaction to my music, I can’t wait to sing my heart out to them.”

Kolohe Kai is on tour in NZ, so to all our Aotearoa friends be sure to check out Hawaii’s latest musical sensation.

Be sure to roam around the rest of MusicBailout.net for so many more great bands in the scene.