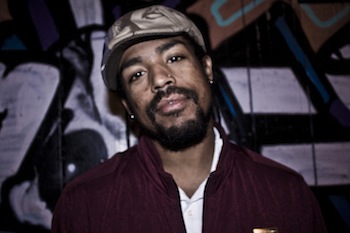 I really didn’t know what to expect going to my first hip hop show on the West Coast. It was a cold night in San Francisco, but Khafre Jay greeted me out front of 1015 Folsom in a blazin’ hot red hat and jacket to match, ready to rock the crowd in support of hip hop legend Rakim. What strikes you first about Khafre, a bay-area hip-hop artist and activist, is that he is both confident and humble at the same time. This proved to be crucial during his stage performance, where he turned potentially disastrous technical difficulties into an opportunity to give the crowd a dose of a real hip hop performance.

The crowd was amped and ready to see some live entertainment as Khafre took the stage. However, every MC’s worst nightmare struck: no sound from the DJ booth! What would normally cripple most artists or at least delay the show didn’t even phase Khafre for a second as he and his hype man D-Wiz from B-Pos began freestyling. After a few minutes of captivating the audience with only his lyrical prowess, Khafre looked back to see if the soundman had made progress. A headshake from the DJ gave him his answer, to which the only logical response was asking the crowd “Does anybody know how to beat-box?!” Before anyone could blink a candidate had been selected and was already busting into a beat. Khafre continued the freestyle onslaught, now with the crowd bobbing to the beat!

I wondered if the DJ would ever get sound back, but soon a familiar scratching sound burst through the main speakers! The beat-boxing volunteer was thanked and whisked back-stage as Khafre laid down his full set, now with the bass and drums thumping through the room. Khafre’s stage presence was impeccable, moving from side to side, engaging the entire audience with both his lyrics and body language. He closed his set out with his reggae cross-over track “Place Where I Live”, which brought the crowd together in celebrating their hometown and brought the house down with then entire audience chanting “We need some PEACE!”

After the performance, I asked Khafre what happened up on stage, his response was simply “THAT, was some real hip-hop!” Check out what else Khafre Jay had to say in my full interview with him below!

How did you first get into music and more specifically hip-hop?

I’ve actually always been into music, I remember being in the choir in the 1st grade and singing, so I’ve always been used to the stage. In high school I met up with a lot of homies and we got into hip hop, but when I moved to the School of the Arts I met up with Richie Cunnin and we really got into the music. That’s where I first started recording songs and I’ve actually never stopped since. I’m on my second album now, getting my ducks in a row and it’s really startin’ to pop off!

How did growing up in San Francisco effect your music?

You know, I grew up in Hunter’s Point which is the hood, so I definitely got that feel. When I first started rhyming I did a lot of ganster rap like everybody else did, but I’ve always been a smart cat and the mix of culture in San Francisco allowed me to not just be boxed in to that type of culture. I experienced a lot of stuff that gave me the ability to choose to rap about more intelligent things than stupid shit, but I still have a bit of that hood feel because I’m from it. It works out and it’s my sound.

What’s your process like when you’re writing a song or lyrics?

Whenever I write though it’s the same, you think up a dope ass line, write it down, you have a beat kickin’ in the background and then you just recite that line to yourself and freestyle that next line, if it sounds dope, write it down, then kick the beat back and try freestyling a third line and so on, it just builds and progresses. One time I didn’t have any paper with me so I had to memorize all the lines while I was walking home! If it sounds dope, keep it, if it doesn’t scratch it and move on. 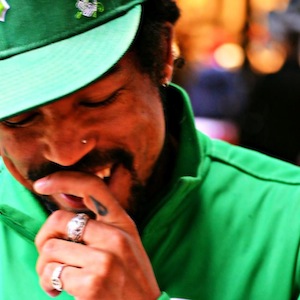 Do you ever leave yourself voicemails?

Ha! Nah, you know I never have. I probably lost so many dope rhymes I could have made an album off of them!

The track, “Place Where I Live” has a reggae vibe to it, what other sorts of styles do you like to incorporate in your music?

I’m a little confined by the people around me right now, I see who has a beat and when I find a dope one it’s good. But when I was making my own beats myself, I saw the movie “O Brother Where Art Thou” and I took a fiddle from that theme and made a hip hop beat out of country. So I’ve always wanted to expand on different stuff. I went to Audiotistic one time and saw someone doing hip hop over techno, I was like ‘Wow man!’ I want to incorporate hip hop, rock and roll, all that good shit! As far as now, beat-wise I’m sounding the same but my lyrics are what really pushes it.

Did you study electronic music production and beat making?

Yeah, when I went to City College I took electronic music classes and learned the terminology and basics, but now that I’ve been in the studio for about five or six years I can pretty much mix shit down myself.

Have you been working on anything in the studio lately?

Yeah, I’m actually almost done with my second album! I’ve recorded 11 tracks so far, I figure I have about four more tracks to go, maybe five, get some people on there singing, backing me up. I’m about 75% done with the studio process and it’s coming out real soon. Also, my group B-Pos, we just released our “Best of” album and we got a couple videos coming out as well.

Awesome, tell me a bit about working with B-Pos?

It’s good man, we just came off our big old tour, we drove 7,000 miles in an SUV. That’s real hip-hop man! You do a show and your famous for 15 minutes, then you fucking get in the car and drive 700 miles, and then you do it again! I love being on stage and being on tour with