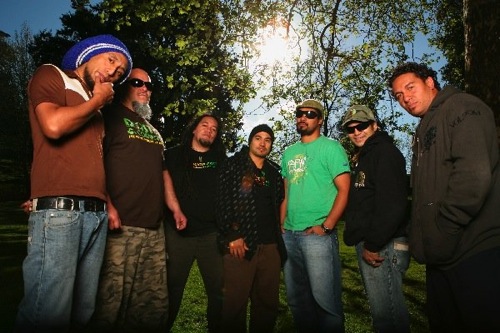 New Zealand is a hotbed of music, more specifically reggae music and the leaders of this ever expanding scene are Hamilton’s very own Katchafire.

Taking their name from Bob Marley’s Catch a Fire it’s no surprise the band started life as a Marley covers band.  But since 2003 Katchafire have been recording and releasing their own music and on October 11 they will release their fourth full-length album, On the Road Again.

On the Road Again is an album, lead singer and band manager, Logan Bell is particularly proud of. He said: “We are over the moon about this record. We took more time with this album basically get it feeling right.”

Bell states how he believes Katchafire have grown over the years and their latest album will show this progression. “Production wise they (the albums) are worlds apart, there are more songwriters now which makes for a more diverse record. We are a lot more skilled at our craft.” Says Bell. 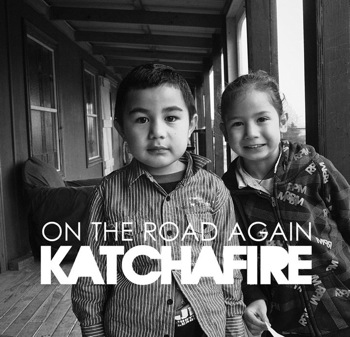 Katchafire formed in 1997 in Hamilton, on New Zealand’s North Island. Starting out as a Marley cover band was perhaps inevitable for these reggae obsessed Maoris. Bell believes Kiwis and particularly Maoris have a strong connection with the social messages reggae delivers. “Reggae speaks the truth and Kiwi’s can hear and feel it.”

Katchafire take the message of reggae and give it a Maori spin and their heritage clearly plays a role in the music they create. Bell said Maori history, which has been covered up for years, has some really inspiring stories.

Bell credits the surge of Kiwi music to the fact New Zealand is a country of hard working people. “We are doers.” explains Bell. “If there is no road we create one. If someone says it can’t be done, we’ll do it... It’s just the Kiwi attitude.”

Having enjoyed success at home, Europe and in the US, I asked Bell about their popularity in Hawaii and touring the US mainland?

“Hell yea, we can’t even buy Mackers in Waikiki we are too famous, love that place.

“The boys are really blending into the culture over there in the U.S, we love touring there.” said Bell.

The Pacific island vibes transcend Katchafire’s music so it’s perhaps not surprisingly to hear they love touring in the US and particularly Hawaii.

But touring the U.S is not easy for the band and they have some sound advice for any international acts wishing to spread their music in the U.S.

Bell said: “Two of the band were held up (by immigration) the first time we toured the States. One word to touring bands...Make sure you cross the t’s and dot the i’s when you are working in the U.S.”

Katchafire’s Seriously even appears on a Hawaiian remix album released by Sabzi Selectah of Blue Scholars fame such is their affiliation with the reggae styling of Hawaii.

Katchafire are currently touring “On the Road Again” throughout New Zealand but planning is underway for a world tour for 2011. Check out Katchafire’s official website right here for the latest news from New Zealand’s very own reggae pioneers.