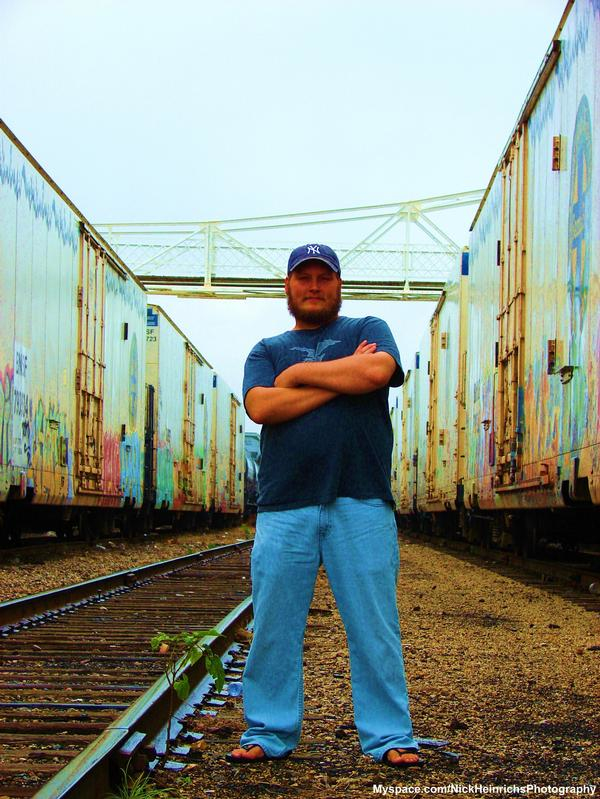 Did you and your family have a good summer?
Yes, thank you. We had a great summer. I got to take my wife and children to Corpus Christi (where my wife grew up) for a vacation. We spent some time with her family and got plenty of beach time. I was able to be productive while recording and working on new material and still enjoyed doing a lot of fun things with my family this summer. It's been very nice.

You chose to leave Jah Roots not to long ago and have now started focusing on a Solo career. What lead to that decision?
There were many factors to the break-up of Jah Roots. To be very honest after close to six years on the road together I had just had enough of being away from my family and missing birthdays and important events in my life. With my solo career I am now able to include my family ALOT more in my traveling and touring and haven't missed a birthday since the breakup. Also there were financial discrepancies and management difficulties that were intolerable. There had been many disagreements for the past five years and I was very unhappy with alot of the decisions being made about the future of Jah Roots. I decided it was time to break free & do my own thing.

You recently went into the studio with Cas Haley to record "Favorites", a collection of classic covers, how did you and him come together for this project and could you tell us a little about the album?
Cas and I met in 2005 I think, haha... we met as both of our bands were touring and I reached out to him on myspace after I heard his music and suggested we tour together. He was down and Jah Roots & Woodbelly became a midwest touring force. Then Cas auditioned to be on Americas Got Talent and ended up becoming the 2nd place winner for the 2nd season. A couple years later and after he had released his first solo album and I split with Jah Roots we were still very good friends and enjoyed being on the road together. We had done an acoustic tour together shortly before the Jah Roots split and that is where the "Favorites" idea came about in my head. Each night on our acoustic tour we would cover some reggae classics and the crowds LOVED it!! Each night on our acoustic tour we would cover some reggae classics and the crowds LOVED it!!
So a couple months later I called Cas and said we should record an album of those covers that everyone loved hearing us sing. He loved the idea too so I went down to Texas to start the project. We recorded @ Big Karma Records, a home studio in Paris, TX, literally a 2 bedroom vacation home turned fully into a recording studio owned by a great man named Jim Slaton. Jim put up the finances and opened his studio up to us to recored "Favorites". We knocked the album out in a little under a week and sent it off to be mastered by Rob Fraboni (who has mastered Bob Marley's entire discography & produced artists like Bob Dylan, Eric Clapton & The Rolling Stones to name a few). Shortly after we had the album mastered and were ready to talk with different major labels about distribution our producer and friend Jim Slaton died of a heart attack. This was a major shock & devastated all of us to say the least and understandably caused the album to be delayed in its release. A little longer than we had expected but now we are close to being on board with a major label for distribution and the album should be out very soon. Cas & I are both very proud of this record & excited about it's release! 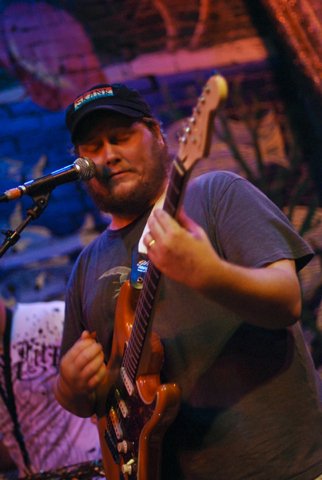 Take us through the process of taking a classic song and making it your own?
Well, first it comes from a deep deep love of the original songs. Cas & I picked each individual song ourselves because they are songs that are very dear to our hearts. We just wanted to do something that the fans would love and that the original artists would appreciate (we hope, haha). We just put our spin on them, the way that we like hearing them. The first time we played the Third World song "96 Degrees" together I was floored at how good our harmonies sounded together and said "Cas we HAVE to record that" and then when we played them for audiences and read the feedback on our videos and saw that the fans were as passionate as we were about them and it just seemed meant to be.

Are there any songs that didn't make the album that may be on a future record?
Nope, we recorded 10 songs and used them all. Not that those are our only favorites there were many songs we love and talked about doing but we decided on these 10 and never turned back haha

You have such a great, unique voice when you sing. When did you realize that you had this talent?
Thank you so much for the kind words. I guess when I was about 15 I realized I had a knack for singing and playing guitar. I started my first band and opened for my Dad's band locally. When I was 16/17 I really started getting into soul music (Otis Redding, Al Green etc.) & found out that I sang along really good to artists like that & my friends seemed to agree. I started a band called Phen with some of the members of Jah Roots in the late 90's that was focused more on soul/pop/r&b. Then at about 19/20 we really started getting into reggae and decided to exclusively play reggae music and changed the name to Jah Roots. Shortly after we started playing reggae and opening up for authentic Jamaican reggae artists I started to hear from alot of these Jamaicans that I sound alot like Jah Cure & this influenced me further & I really got into Jah Cure's music & I am still influenced by him & his vocal style today. 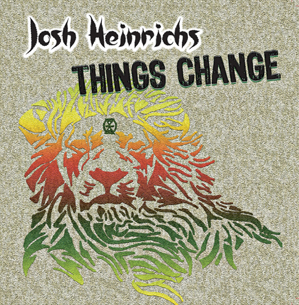 Growing up, who were some of the artists that inspired you into making music?
I was and still am inspired by so many different artists. As a kid one of the artists that got me into playing guitar was Slash from Guns and Roses haha I though he was awesome and that is why I started playing guitar cause I loved his leads. As I got older & started to widen my musical horizons I really fell in love with Otis Redding and I feel he is the reason I started singing passionately. Another artist I had a deep infatuation with & was very inspired by is Ben Harper. But, when I first heard reggae my whole perspective changed and I became influenced by a whole new world of reggae singers (like Jah Cure, Garnett Silk, Terry Linen, Turbulence, Ali Campbell, Glenn Washington, I could go on and on) they really helped mold my voice into what is is now.