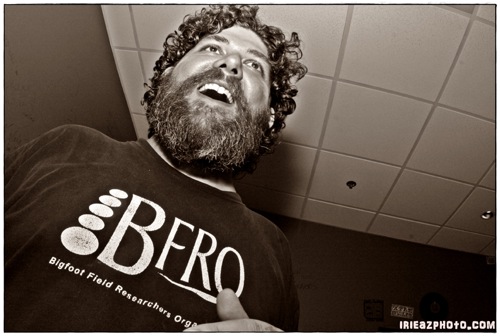 To start off I would love to hear about the first memories that come to mind you have growing up listening to music and what initially got you started in your career?

Well, my folks tell me the first song I ever had completely memorized was American Pie by Don McClean when I was three, ha ha ha. I think the first time I was ever completely blown away by something was when I first heard Pink Floyd The Wall. I was 10 years old. I saved up my allowance and bought it the day it came out. After dinner that night, I put it on the record player, sat in the living room and listened to the whole thing, reading the lyrics and looking at the art. Back then, that album was an experience. Not to sound like an old dude but I miss the act of buying music being more of an experience. It used to be a way bigger deal. You’d save your money, go to the record store, flip through the vinyls, pick out what you wanted, take it home, put it on, read the liner notes, lyrics, look at the pictures and then… you’d have to flip it to side two. It seems minor but that few seconds of interaction is massive. "Being afraid will get you nowhere. You might loose some limbs in the process but you can look back on it with pride." I love that music is so easy to get now but it’s a little sad everybody doesn’t have vinyl anymore. I’ve got a record player and I still listen to it a lot, but most people don’t get it. 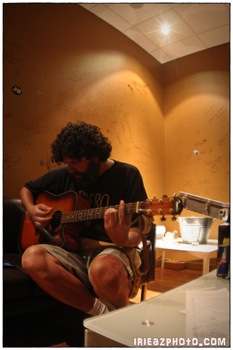 As far as my career, man, I used to want to be an actor and I went to college in San Diego for that. We had a lot of talent at that school. It was a super small group there, like a hundred and fifty, and we had Jamie Foxx there, he actually taught me how to sing falsetto, there’s still a lot of people from that school doing their thing, teaching, acting, singing. I eventually moved to New York to pursue it. I got burned out on it pretty quick and started writing music when I was out there. I started bartending (that was a great time in my life) and joined a metal band from Brooklyn. We pretty much sucked but the guys in the band were great and we got to play with Ace Frehley from KISS. I started taking some film classes at the School of Visual Arts and eventually moved back to Cali. I met the Sublime crew and videotaped some shows and somehow started making little tour movies of them. When Brad passed they kept me on board to do some of their music videos. The whole time, I was writing songs but kinda kept them secret. The whole Bargain Music concept came up one weekend at the Seirra Nevada World Music Fest. Later, I played some of my songs for Bert Ziggen and he said, “Dude, you gotta start a band”. If Bert says something like that, you gotta listen. A few months later my friend booked some time at a practice studio and we got some guys together to jam. It kinda just grew from there.

Spring forward to the present, what has been recently going on in the life of Josh Fischel?
I’ve been dating this girl for the past year or so and she’s the best, man. The best. Family life is looming on the horizon for Big Dumb Josh.

I took a semi-break from music a little bit ago. My dad needed some help with his business and I jumped on board. It didn’t take too long to realize it wasn’t my thing and now I’m back doing music full time. I ran into Miguel Happoldt recently at a show we were both playing and he said, “Man, you’re kinda like Mike Watt, just plug in and play. You just keep going.”. He seemed pretty stoked. That was one of the best compliments I’ve ever gotten. It’s funny cause I just keep going, whether it’s in a van, bus, plane, train or rent a car, and I don’t even think about it, I just go. It takes someone else to bring up that it’s kinda unique and then I think, “Josh, you’re a little crazy, dude.”.

The best lessons I’ve ever learned were from three teachers of mine in college and they really shaped how I do things. Eliot Palay taught me how to sing with power and he was a classical singer. He taught me that style but it wasn’t what I wanted to do. But he gave me that force. He came to see me sing recently for the first time in 20 years and said, “Great job Josh, but you didn’t do a thing that I taught you.”. I said, “No way, I just took what you taught and made it fit me.”. Another teacher, Andy Barnicle said, “Don’t be afraid to put your dick on the chopping block.”. He was basically saying, don’t be a pussy. Being afraid will get you nowhere. You might loose some limbs in the process but you can look back on it with pride. I always do what I feel is right musically, even if it’s risky or different. It’s the only way I know how. Finally, Drew Tombrello said, “If you are gonna commit to your art, you gotta commit 100%. This means you’re gonna miss some parts of life, but that’s what it takes. Forget skiing. If you break your limbs, you can’t get on stage. Relationships are hard, too. You’re art is your wife.”. I was twenty when he told me that and I thought, “Damn, I’m fucked.”, but I’ve learned to apply the same intensity he was talking about and still have a real life. You have to REALLY want to do this in order to do this. Know what I’m saying?

No too long ago you formed a band called Josh Fischel and the Fiction. Is this a band that will ever record or is this more of a fun side project to perform in your local area?
The Fiction is definitely becoming a serious thing. I’ve got a keyboard player and a bass player I’m really happy with. Still trying to figure out the drummer and guitar player. I’ve been writing and recording demos a lot lately. We have 12 songs right now and I’m gonna try and get to 20 before we decide which ones we are gonna record.

Should you choose to record in the future, what direction of sound will the band take? 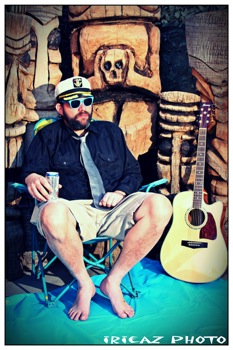 I’m calling it “rock and soul”. It’s got a lot of 60’s and 70’s influence, both soul and rock and roll, along with a little gospel and even hip hop. There’s a lot of harmonies and I’m still doing a bunch of storytelling.

People mostly know you from Bargain Music, which to me is one of the best bands ever. So much great music came from that band. Do you feel Bargain Music ever got the recognition it deserved?
I don’t know what recognition we deserved but it definitely didn’t get the recognition I hoped for. We had so much going for us and even more working against us. Our distribution company went bankrupt after our second release and owed our label a couple hundred thousand dollars. That didn’t help. Also, going through so many members really killed our momentum a few times. No regrets though. We made some solid albums, made a ridiculous amount of friends, played in front of thousands of people, and toured for almost ten years. I’ve been in every state except Alaska at least five times. Thats a pretty cool thing to say.

How many songs are left over from Bargain Music that have yet to be released?