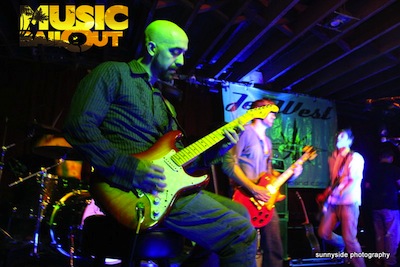 Earlier this month on a sunny Saturday in Ocean Beach, California, the good vibes were flowing strong heading into the evening where local San Diego band Jet West, along with Los Angeles reggae-rock risers, True Press, were set to pack the favorited SoCal venue, Winston’s. I was fortunate enough to have the chance to meet and get to know all the guys who would be playing on stage that night, as well as talk with the important few who make it possible for bands like these to put on excellent shows like this and play a vital role in cultivating the sounds and lifestyle the we fans need and appreciate so much. Jet West Lead Guitarist, Manager and Ocean Beach local, Chris Warner, invited me to his pad only a couple blocks from the venue to hang out with the guys before the show as everyone got amped for the night and talk about Jet West, Cali Roots and the arena of music today.

Coming off the previous week in Monterey, California at the 3rd annual Cali Roots Festival, how did it feel to spend the weekend with so many friends, other bands and fans in that type of setting?

The best part has to be just syncing up with all the other musicians and everyone around. People are just so friendly and really to meet and greet and get to know everybody is what makes it so great. 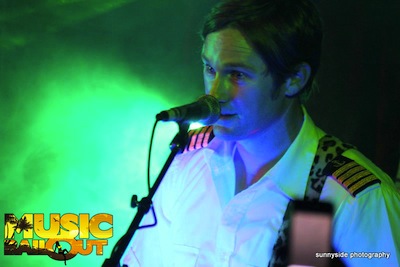 There’s also a lot of people that we all know only through Facebook and online so to finally meet them face to face, it’s crazy because you feel like you already know them yet it also somehow means so much more to make that real connection. That’s kind of what it’s all about.

Although not on the Festival day bill, Jet West did have a set at one of the after parties alongside The Green, how was that?

Playing with the Green at the after party we were thoroughly impressed. Those guys are amazing, definitely one of our favorite bands of the weekend. Seriously, four part harmonies, it’s amazing. They’re like R&B singers from Hawaii, just incredible!

What are your thoughts on the Festival overall and the contribution to the community it puts forth?

Just seeing all the photos and videos online and already people talking about next year, I’m really stoked on the progression. I’ve seen a lot of festivals and growth of shows from the 1st annual to the 12th annual and it really is cool to see a lot of success from it. Seeing what West Beach was doing and then saying, hey there’s a lot of the movement and momentum right now and this is what you need, entrepreneurs to create the scene and keep is growing. To offer a place and a venue for people to go see music and for bands to get their name out there, it’s great. To see how it developed in just a 3 year period is phenomenal.

Anything else you want to mention about the Festival?

Lot’s of tequila! Some interpretive dancing from my man over here (Lead Vocalist Scott Floquet pointing toward Bassist, Deren Schneider)

I was hoping for another jam session, last year we ended up playing in our hotel room until about 3 am with about 15 insane musicians. 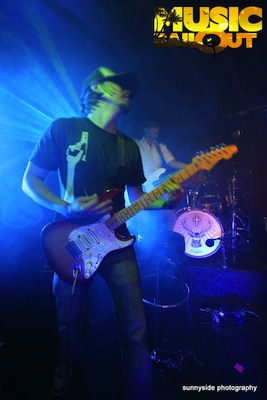 It was one of the best sessions of my life. Stranger, Thrive all those guys. Dave from Stranger picked up a peanut jar and started using it as a shaker and other people were playing percussions with bottles and things around the room, man it was beautiful!

Recording wise, we haven’t laid anything down yet but tonight (at Winstons) is going to be recorded real nice. We got the whole production set up, audio and video by Mason (Proud), we’ll capture the whole night.

We’ve been working on a lot of new material but as far as touring we actually cut back on shows this summer to focus on the new stuff. We found ourselves just playing those same tracks rather than expanding and trying new things. So we have a few new songs we’re playing tonight and we have tons brewing. We’re looking to get into the studio soon for sure!

Is there any time frame you guys have with regards to releasing new tunes?

Our goal right now this summer is to get out a single each month to keep things growing. We’d like to release our second album this year but because the fall and winter timeframes, I think being humble and planning for a successful sophomore album we’re going to do it next spring. This would be ideal heading into the spring and summer to really develop the business side and bring other things to fruition.

When releasing the new album and we’ve talked about it a lot is that kind of jumping out point. We all kind of have day jobs and all that so when that album drops we want to be doing it full time. Touring as much as possible, putting the day job to the side and give it 100%, I feel like I need to dive into the deep end.

We don’t want to half ass it and make sure the album is plush too!

With regards to tonights show, how did you link up with True Press to put this show together?