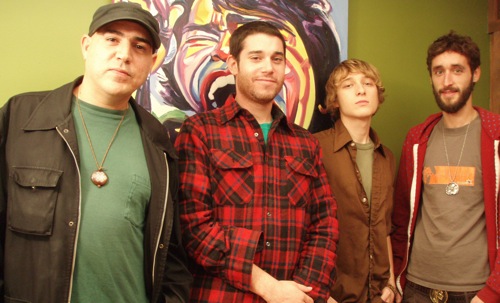 I recently got the chance to not only hang out behind the merch table with the tour manager and watch the show from VIP, I got to sit down (actually we just stood outside with all the smokers) with Giant Panda Guerilla Dub Squad’s drummer – Chris O’Brian.

What’s it been like being on tour with Rebelution?

It’s been fantastic. Rebelution are now like family to us we've been on the road with them many times. It’s just been really fun. They draw a big, big, fantastic crowd. For the first 10 shows The Green opened up for us who are now new family, and now The Movement and then Passafire – a bunch of friends. We’re really good friends with everyone on the tour.

I’ve seen you guys play a few times, and every show is so different. Is it planned that way or is it spontaneous?

We make a spontaneous set list. Usually way too late, something’s always going wrong with it. Like tonight, I didn’t like our closer. We walked off stage and I was like “why the fuck did we just close with that?” I mean it’s different for every band member. There has been Grateful Dead concerts where they just walked offstage and literally fought each other and then put it out as a live album because it was so good.

Speaking of live albums, are you guys planning on putting out a studio album? Or is it all going to be live for now?

We were just actually talking about this at dinner. We are going to have a studio album. We are about 60 – 70% done with recording all the instruments and then you mix it, you master it, and then you find 10 grand to make a bunch of CD’s – it’s a process but it’s such a high priority. It’s hard to believe that our first studio album came out back in March 2006. [We are interrupted by a fan who asks if Chris works here and then politely asks him to move out of the way] Ok, where were we? Oh, right. It does get really frustrating. We are a live band, we love playing live, we play live all the time but we really want to be good organized, regimented studio musicians as well.

It’s hard to find that balance.

I’m sure you’ve been asked a million times…

Yupp. I know it’s from a book.

It’s from a book, you’re on to it. It’s from a book by a guy named Tom Robbins, he’s really hysterical and a genius, it’s his first book named Another Road Side Attraction and in that book there’s a band called the Giant Panda Gypsy Blues Band and they are a crazy bunch of hooligans that’s go wherever they want, and play whatever they want to whoever they want.

A lot of bands come out with one really good album and then die off. What do you think it takes to make it last?

Well, a lot of people have said to us that the only thing that’s going to stop us is ourselves. And again, just at dinner today we were talking about that and I’ve always thought that until four hours ago as I swear to you. I’ve realized that it’s not always ... Wait I’m sorry… They say you’re the only thing that can stop you and I was always like ok, so don’t get in a fight and have a big blow out, right? Well, we pretty much did that. My brother was in the band with his girlfriend, we started the band together got in a big fight, blew up, and we broke up. The ice was so thin it was like “Is Giant Panda Guerilla Dub Squad gonna make it?” and we did. So now I’ve realized that we need to make an album because we’re getting these gigs and playing these festivals just on people’s good will. I mean, there’s not a record of these five people in a recording studio playing music. So, I was like ‘holy shit we’re going to kill ourselves if we don’t get in the studio and put out music people want to hear’. 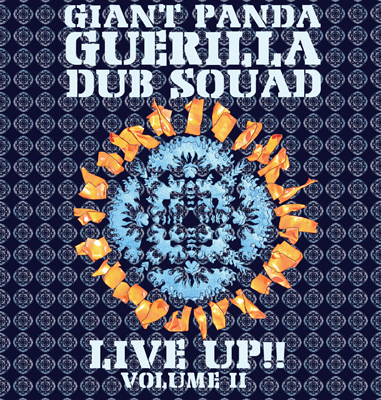 Well we’re looking forward to it.

What do you think makes a good live show?

Originality. I don’t write our songs so I feel like I can brag about them because I love them and those guys write really cool songs. Sometimes Dylan’s lyrics are simple but sometimes that’s really all you need. James is just one of my favorite writers, he’s such a far out dude and his songs are about real stuff and we haven’t really made the lyrics available so sometimes people don’t know them all, which is perfectly reasonable, but they’re like so deep. I’m like five years in and I’ll still listen to a song and be like ‘oh damn dude’, it’s triple meaning status.

Do you a favorite show that you guys played? One that was really memorable?

Right off the top of my head we played Red Rocks in Colorado, and we’re the only electric band to ever to play in the Great Hall at the Metropolitan Museum in New York City. And all these festivals. We’re all just festival going, music loving kids. Like we’ll go to Wakarusa and hang out all weekend and be the d