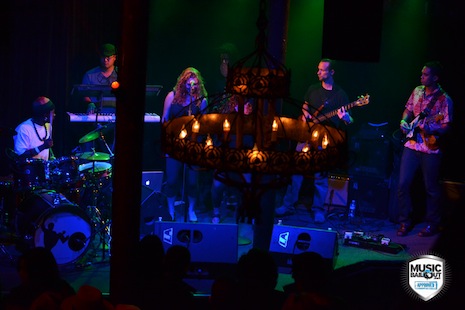 Over the weekend, I was at the Red Devil Lounge in San Francisco witnessing another awesome night of music. Local Bay Area bands Uninvisible and Midnight Raid opened up for international recording artist Black Nature and his new group, Black Nature Band. I also had the chance to sit down with Black Nature and ask him a few questions about his new band, and the fans who love and support his music.

How did you find musicians for Black Nature Band?

About a year ago, I was on the road touring with my original band (Refugee All Stars), and I came back to San Francisco for a break. I have a recording studio at my house, and I wanted to get new music programs. I called Guitar Center, and a guy named Mike told me to come down to the store. When I showed up, the Mike I spoke with on the phone wasn't there, but another guy, also named Mike (coincidentally) helped me out. He 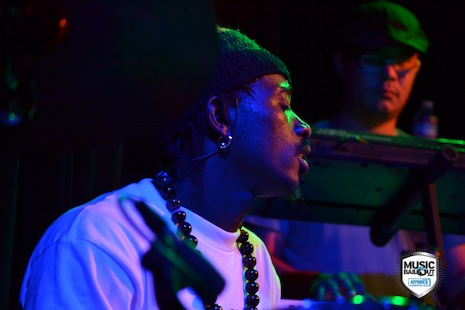 recognized me by my accent, or what I call “my passport”. He asked where I was from, and I told him Sierra Leone. He asked if I have heard of the Sierra Leone's Refugee All Star Band, and when I told him who I was, he was really excited. We talked about music for a while, and I found out that he played bass guitar. I invited him to my house to jam, and he came over after he finished work. Once we started playing together, we became really close friends. I was in San Francisco for about two weeks, and we were literally in the studio playing everyday for hours. I asked him, “I'm going to go back on tour, would you like to put band members together so when I come back we can start playing?” He said yes, and when he put the members together it was a perfect fit!

You have toured all over the world, what made you want to start your new band in San Francisco?

For me personally, San Francisco is home. Perfect weather, beautiful people, and the music scene is amazing. I just really fell in love with this place. People are really happy. You will see someone on the street, and they don't even know who you are, but they will say “hi” to you. I have been everywhere around the world trying to find a perfect place. Even in this country America I have stayed in a lot of cities, but when I found San Francisco I knew I wanted to be here.

What is your process of creating new songs? Do you write with the band?

I'm happy and very blessed to have amazing musicians playing behind me. Black Nature Band really inspires me, and we have so much respect for ourselves. I write my lyrics, go to the studio and program everything, and then ask the band what they think. I pretty much get inspired by the day to day people that I meet. I feel our generation has so many quality things to bring into this world to make it better. I get inspiration by looking at the beautiful smiles I see on the streets, the culture, and the interaction. I get inspiration by talking to you right now. We will talk, and I will learn about your story, your history, and I make music from that. That's what keeps me going.

Are you working on a Black Nature Band album?

Not right now, we are still in the process of writing songs. We don't have any plans for an album yet, but we are talking about an EP release of 5-6 songs to let people hear what we do.

You are also a filmmaker. Are you working on new projects?

I started my own film project in Sierra Leone called WeOwnTv (http://weowntv.org/). I was there for about a month, starting a workshop teaching how to edit and use cameras. Most of the generations out there have 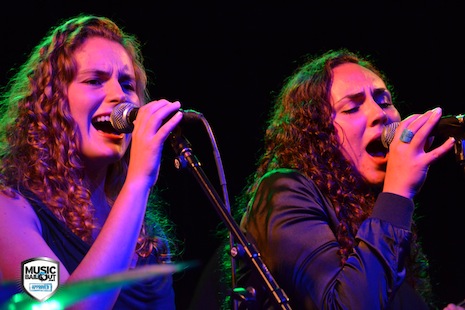 never had to the opportunity to place their hands on a computer or a camera. I raised some money, and I went down to Sierra Leone. It has been doing really good, but I haven't been doing a lot because I want to stay focused on the music. My friends and colleagues have been doing a great job with the project.

What is life on tour like with the Refugee All Star Band?

It's very inspirational for me, because I can just imagine how it all started. I come from a war torn country. It's a country that's been through a civil war where several thousand people died. My Dad was killed in front of me, and I was taken as a child soldier. To see all of that, and to be taken to a refugee camp as a little kid, the only thing that was there for me was music. I fell in love with music. Music is my everything. Music is my religion basically.

Being on the road is like being on another world. The tour bus is nothing like being in your house! It's pretty comfortable. Everything is pretty amazing, but there is nothing like sleeping in your bedroom. The thing that keeps me going is the people that I have met. With the All Stars, we play for thousands and thousands of people. The happiness, the smiles, and the energy of the fans keeps us going. Sometimes it gets boring. Like sleeping in the hotels, they all look the same to us. But as soon as I get on the stage, I'm like a different person. More energy and everything, it's amazing. I love being on the road, I've been on the road for about 9 years.

What do you love about your fans?

The energy and the love. So much energy from the fans. I posted a Facebook picture yesterday, and today it has 120 likes. People were calling me like, “your famous!” but I tell them it's not a