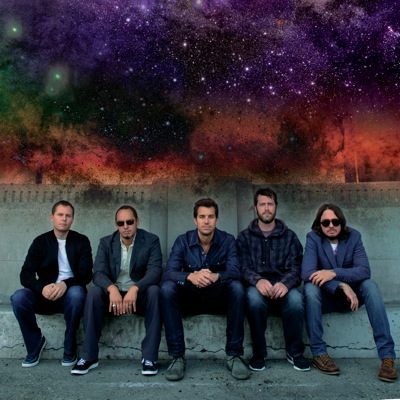 Universal Pulse marks the release of 311’s 10th studio album. Not many bands have had such a long and successful recording career. What has enabled 311 to thrive and now celebrate a 10th studio album?

Nick: People often ask me what is our secret to staying together for so long. The answer is, in a word, gratitude. We know we are very fortunate to have the fan base that we do. We know that we have happened upon a special line-up of five guys. We don't take anything for granted and we work very hard to make our albums and live shows the best that they can be.

P-Nut: There are innumerable reasons why we've been able to last and thrive these past twenty years. But for me, our drive, communication, and the undying support from our fans have allowed 311 to continue. We are thankful.Chad: "We've always erred on the side of more material. The decision to have 8 songs was based on quality rather than quantity." 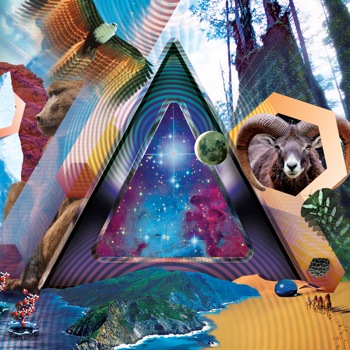 SA: 10 albums? Damn, that's a lot! Hmmm, why have we endured for so long? Not really sure. I guess we've struck a certain chord with some people that continues to resonate. Music's good like that.

Chad: 5 guys that can cooperate, have understanding, perspective and a general leaning towards the attitudes of how to consider that ones own view point may be wrong. These dispositions have enabled us to write and perform music for 20+ years as a single unit. Plus, the love of music helps. Balance.

Was the approach to writing and recording this album any different from your past experiences?

Nick: We felt like we were in a good groove and that it was important for us to get in there and record a fun, uptempo album fairly quickly. We didn't want our fans to have to wait a long time between albums. We feel the quality of the songs and performances is among our best.

SA: Well we did it all at the Hive which I think is a first. Writing, recording, to mixing. Pretty sure that's a first.

P-Nut: The writing was different for me because I was asked to add my ideas/words to infiltrate SA and Nick's voices. I am very happy about writing lyrics. I have lots to say. Being a father really helps with the creativity. Everything is new.

Chad: Choosing the top 8 songs (from a batch of pre-production material) was a bold decision, which made the album stronger. We've always erred on the side of more material. The decision to have 8 songs was based on quality rather than quantity.

How does Universal Pulse stand apart musically from your previous releases?

Nick: More guitars! Tempos are faster and there are no really mellow songs. I think everyone really stepped up and it feels like there is a certain swagger going on.

SA: Shortest album, yet the strongest as well. Very tight and concise. Meant to move ya, lift ya, slap ya around a lil bit, then tossle your hair at the end.

P-Nut: Universal Pulse is a continuation of this musickal experiment called 311. We are full of confidence and wonderment. 311 fans will embrace these new tunes as great additions to their other favorite songs.

Chad: Universal Pulse is a musical journey with a burst of good energy workings to make happiness available in tough times. We make music to help. Hopefully it can inspire and help us humans to embrace love.

What can listeners expect to hear?

Nick: There are a lot of guitar hooks on this record.

SA: Our fans are gonna love this album. I think it's a return to form in many ways, yet refined. We're all refining. Stylistically I think our old-school fans will appreciate the character of some of these songs. I guess that's what I mean when I say a return to form. The energy is great.

P-Nut: Listeners can expect to hear a band at full strength, forever excited about the next step. One thing to be excited about is Sexton's mix, he outdid himself slaving over the tones to make the balance just right.

How was working with Bob Rock for a second time?

Nick: It felt streamlined. We have developed an easy report with Bob Rock. He came to trust our choices to the extent that he didn't need to be there for the recording of every note. He was there for pre-production and drum recording. Then he would pop in every few weeks to check on our tracks of vocals, guitar, etc... We work very well with him. Bob Rock rocks.

SA: Bob is just great. A real smart mofo. For me it's just the little things, the attention to detail that impacts that Big Picture thing.

P-Nut: It was great working with Bob again, he's amazing. Such a talented person with just the right tools to aid our songwriting and get great sonics. We love you Mr. Rock.

Chad: Working with Bob Rock has been nothing but great. The balance he brings to the band is priceless. He has a vast knowledge and a very ope