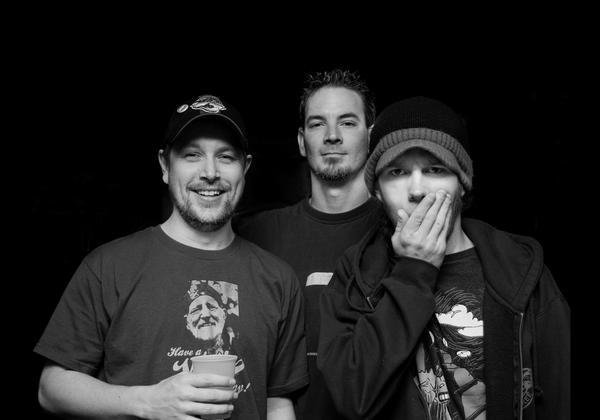 A weight is a slang term for a kilo of marijuana. Our old drummer passed away in a motorcycle accident. One of his favorite songs was “100 Weight of Collie Weed”- by Carl Livingston. The name sort of served as a tribute to him.

We are entering the second half of 2010. How was the 1st half for you guys?
Incredible. I think it’s only going to get better. We have been fortunate to have a support group of friends, family and fans that grows steady. We played in front of 3500 strong for our cd release at the Jacksonville Landing.

“100% Do It Yourself” is how the band runs things. As free as it must feel to have that independence, is it ever difficult not having some kind of company backing you?
Very. We always joke that we’ll stop DIY ing the day we feel someone could do things as good as us. In reality, sometimes it gets very overwhelming. Making T shirts on Monday, mixing the CD on Wednesday, booking on Thursday and you’re promoting every minute. Your head starts to spin, but our fans are worth more than any high interest bank loan from a Label that wants to “give you that edge that makes your band POP”

Reggae, Metal, and Ska is the description of sound for 20WT. Is there ever a tough time coming up with songs when blending all of these styles together?
For the first few years we struggled to achieve fluidity. Certain songs from “Out My Window” were just better received. It became apparent what people wanted from our band and we just keep trying to give it to them. It happened to have a very ADD vibe, perfect for this generation.

I am very curious about influences with a band like 20WT. So many styles can only mean ideas came from many artists in your catalog. Who would be some of the top artists that have help create the sound for this band?
The Police, System of a Down, The Specials, Outkast (Stankonia is a sick record), Pantera, RATM, The Clash and anything that grooves. If you can’t bounce to it, it probably won’t be played in our tour van.

Having a sound that hits all the music spectrum must make for more opportunities to play with a number of bands. Is this the case or does it make it tough?
It makes it fun. We’ve played with roots, metal, ska and punk bands. They all have different crowds and venues, but the end goal is always the same. Everyone wants to enjoy live music and unwind from their hectic lives. 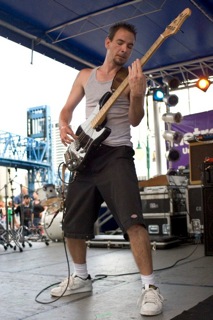 Unfortunately I have never seen you guys live but am constantly reading that your live shows are amazing. What separates listening to a 20WT album to seeing a 20WT show?
60000000 watts of boom boom, more improv and the comedy between songs.

Florida is really killing it with some great bands in this scene. How are the crowds out there for local shows?
When the promoters and booking agents get it right, awesome. I think it’s important to hustle and promote your band yourself. I just wish promoters would do their jobs or stop taking such a big slice of the door. The fans are there. You just have to get their attention.

Talk a little bit about “The Songs of the Mighty Bullfrog” & “March of the Frog Army”? What are we to expect?
“The Songs of the Mighty Bullfrog” is streaming on our website at 20WT.com. It’s the six songs that are side A of our upcoming Sept 15th vinyl release. It is available in CD form. Side B will be “March of the Frog Army”. It’s 5 tracks that will only be available on vinyl and will include a cover of Jimmy Cliff’s “The Harder They Come” (w/ horns & keys). The whole record was written in studio. Usually we write songs on the road and play them in front of people before we track them. By far, the whole band prefers writing in the studio. It’s easier to stay focused and hear the songs for what they are.

Any last words for your fans?
What do you say to group of people that lets you crash on their couch, goes to your shows, tells their friends to check out your band, buys you beer and shares the coolest thing in the world w/ you, music. Perhaps, “THANK YOU”.